AN INTERVIEW WITH HARRY MOK

Harry Mok is currently acting in Paul Kyriazi's ambitious new sci-fi film FORBIDDEN POWER, one of many projects Mok has collaborated with Kyriazi on. Mok, a highly proficient martial artist, began his career performing stunts in independent films, later working on UNCOMMON VALOR (1983) and RAMBO: FIRST BLOOD, PART II (1985). He also co-wrote and co-produced the horror film THE VINEYARD (1989), and from the mid 90s starting helming music videos, including the first ever Jimi Hendrix music video. Mok is also one of the executive producers of the new animated feature ANIMAL CRACKERS, featuring the voices of Sylvester Stallone, Emily Blunt, John Krasinski, and Danny De Vito. I spoke to him about his career and new projects.

When you were growing up, what films did you love the most?
I loved the Spaghetti Westerns with Clint Eastwood and the old Kung Fung fu movies my mom would take me to go watch.

What got you interested in the martial arts?
I started doing lion dancing when I was young and martial arts followed right along with it.

How has martial arts and training changed your life?
It keeps me agile and fit and I have learned how to utilize healing techniques while becoming a very strong-minded person.

How did you get your start in the movie business?
I got my break working on some independent films and soon after that I worked on UNCOMMON VALOR starring Gene Hackman. That was followed by RAMBO; FIRST BLOOD, PART II starring Sylvester Stallone and I went on to star in several action films. Thereafter I was able to produce my own film, THE VINEYARD.

How did you get the idea for THE VINEYARD?

I was in a situation where I was forced to pull that idea out of my hat and fast, because had I not, I would have lost my main star, James Hong, along with my funding.

What is your favorite memory of working on the stunts for RAMBO II?
Stallone hired me personally for the movie and my greatest memory was when he told me ''Do what you feel, because it will come from your heart. If anybody tells you anything different, tell them to go fuck themselves and that I told you to say that. ''

How was working with Stallone?
Stallone is an absolute genius, he knows exactly what he wants to see on camera and spends a lot of time directing himself. I am very glad to say that Stallone is in my animated feature ANIMAL CRACKERS, to be released in 2018.

Did you have designs on becoming an actor when you were young?
After watching my first Bruce Lee movie back in 1971 I realized I wanted to be like Bruce Lee and make movies.

What did you enjoy the most about working with Paul Kyriazi on NINJA BUSTERS? You


continued to collaborate with him on THE VINEYARD and some on his audio books, and now THE FORBIDDEN KINGDOM. Why do you think you work together so well?
Paul has a great vision as to what he wants to see on screen. He is very easy to work with and very open for suggestions which makes it easy to get along with him very well.

How was returning to acting after a long break?
I was a little nervous at first but after rehearsing my role it was like getting back on a bicycle, like second nature. 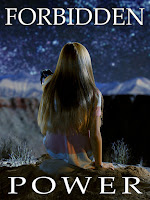 Which of your collaborators have you learned from the most?
Back in the mid-80s I had auditioned for THE KARATE KID, PART II (1986) and I received the part, but shortly thereafter I was called and told that the part had already been cast by the director in Hawaii. I was canceled from the show. I remembered that as I had been walking back from the audition office, I had met a fellow stunt person who asked what I was doing. I knew him fairly well so I told him I had just done an audition and won a part. He showed no emotion and I later realised it was him who had stabbed me in the back and lost me the part. I was so devastated and I said to myself ''I will never allow this to happen to me again''. That is when I became a producer making my own films.

Which of the fight scenes you have worked on are you the most proudest of?
As long as I’m fighting on screen I’m having a great time. I enjoyed fighting with Billy Blanks on TALONS OF THE EAGLE (1992). I really enjoyed working on FORBIDDEN POWER. If we’re fortunate to see a sequel and Chang returns, he will be very very devastating. 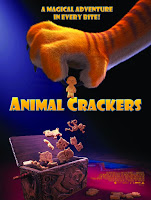 You have directed numerous music videos. What do you enjoy the most and least about directing them? Which ones do you feel the most proudest of?
I enjoy the rush of having to get them done within two weeks, although we always ran into Murphy’s Law that would kick us in the backend pretty hard sometimes. I produced and directed and wrote some great music videos. One that I am very proud of you is the first ever Jimi Hendrix music video, which won two awards.

Do you enjoy working in different capacities?
It started off by necessity to maintain myself within the film industry when work became few and far between. Today it has become second nature to me to work in multiple capacities.

How did you get involved with the animated feature ANIMAL CRACKERS?
Scott Sava and I go back 28 years and when he told me he wanted to turn one of his children’s books into an animated feature I told him I would help him raise the money and that is exactly what I did. Scott produced, directed and wrote the movie.

What projects do you have coming up?
I want to get another one of my own films off the ground entitled Lion Dance. After that we have another animated feature film entitled PET ROBOTS, and possibly a sequel to FORBIDDEN KINGDOM with Paul.