AN INTERVIEW WITH CRISTINA MARSILLACH (PART 1 OF 2) 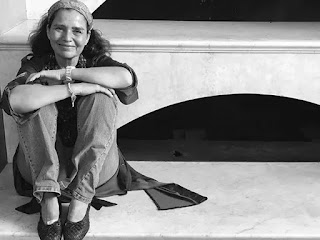 Cristina Marsillach is a Spanish actress best known for her roles in Dario Argento's OPERA (1987) and the romantic drama EVERY TIME WE SAY GOODBYE (1986), opposite Tom Hanks. The daughter of renowned theatre director and actor Adolfo Marsillach, she has had a long and varied career in both Italy and Spain, working with some of the most talented European filmmakers and actors in the business. Her new film, Damian Lahey's beautiful, impressionistic SIMPLE LIKE SILVER (2021), is her first film in nearly 25 years. In the first part of a two-part interview, I spoke with Marsillach about the latter film, growing up in an acting family, the beginning of her acting career, her experiences working with Argento on OPERA, and working with Martin Scorsese on a 1987 Armani TV commercial.

What attracted you to your new film SIMPLE LIKE SILVER, directed by Damian Lahey? I found it very beautiful, moving and inspirational.

Damian's personality. He's a very kind person. His script was very clean, and I liked the sensitive and simple way in which he confronted the theme of fear in the story.

In the film, the camera mainly observes you and you are required to give a non-verbal performance. How did you approach this particular challenge?

It was an interesting challenge because silence is extremely hard for an actor. You have to listen and have things happen to you without being able to speak, so you need to convey a presence and an inner monologue, so that your face is able to express what is happening to you. 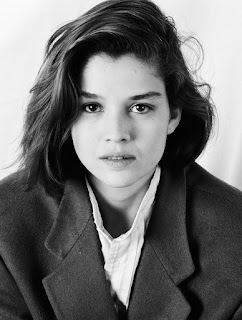 Your father Adolfo Marsillach was a renowned actor, playwright and theatre director. What was it like growing up in such an environment?

It was complicated but fun. I would do my homework backstage, and sometimes the actors would ask me to come onstage with them, but my father told me at an early age that even if the building was on fire I was never to go onstage no matter how many times I was asked to. I saw a lot of theatres growing up!

When did you decide that you wanted to become an actress?

I decided I wanted to become an actress after I watched Peter Brook's production of The Mahabharata. It was only ever performed once in Spain, in Madrid, and I went with my father. The whole performance lasted twelve hours, without a single interruption, and I spent the whole day there. I loved the experience. I would watch the play intently, but I would sometimes fall asleep, or go to the restaurant and eat pizza, or go and grab a Coke. I realized that if I could get through the twelve hours of the epic poetry of The Mahabharata, that I could be an actor myself. Watching the play I realized that acting was a serious craft and profession, and that actors have a lot of courage. Peter Brook was a great man of the theatre, and it took him ten years to put on this production.

Your acting debut came at the age of thirteen in the Spanish TV miniseries Mrs. Garcia Confesses (1976), opposite your father, who also wrote and directed the series. What are your strongest memories of making it?

I played the younger Lucia Bose, who was a famous actress who recently passed away. I was very scared making the series because I was working with a very disciplined person who also happened to be my father. On one hand I knew that I was going to have a very pleasant and satisfying experience because I got to work with him, but on the other hand, I knew that he was going to ask a lot of me. I did have a lot of fun, but I also got scolded in the process! 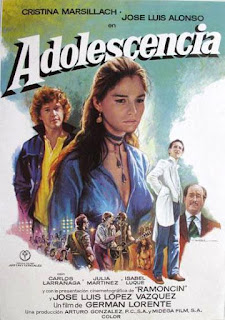 Did your father encourage you to become an actress?

My parents encouraged me, but they did make it a little difficult for me at first. They insisted I had to be very professional and that I had to take it very seriously. Even though I kind of carried acting in my blood, having grown up around acting, I did a couple of courses in interpretation. My father told me that you should never stop in the middle of a scene, because it is important not to lose that rhythm and mistakes are okay. He also taught me the importance of always being alert as an actor.

As you gained more experience as an actor did you start to form any particular goals or aspirations for your career? Were there any particular kinds of roles or films you gravitated towards?

I've always been interested in all kinds of roles or films. I find it amazing that people still offer me acting roles. I'm not drawn to any specific kinds of roles. The most important thing to me is that I have fun and that I enjoy working with the people I'm working with, no matter who they are or how tragic or dramatic the story is. I don't want to be stressed. I want to be able to perform my work properly.

What was the experience like of having your first lead role in ADOLESCENCE (1982)?

It was a huge responsiblity, also because I was very young. I was always very conscious and aware that being the lead in a movie required one to have multiple strategies to face the other actors in our scenes together. 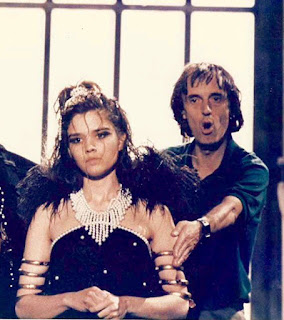 Did acting in a horror film like Dario Argento's OPERA require a different approach to acting? I imagine on many days during shooting you would have to be in a heightened emotional state for a sustained period of time.

It certainly does. Making horror films is stressful, because the fear always has to be on a psychological plane. You have to keep working with that fear continuously. You have to feel it in your emotions. It's not important to show it in a physical way. It just has to be a psychological fear that you're portraying. You have to work on the character more, and focus on not losing yourself, so that it looks natural.

How was the experience of making OPERA?

Dario was a big fan of Edgar Allan Poe, and ravens were a very important element of the film for him. When we were shooting a particular scene in the film, he threw actual live ravens at me. I shouted ''Stop! Stop!'' and he said ''I have to do this because you need to experience this fear and sensation. '' We would fight with each other, but it was a fun time for me. Stressful, but fun. It was a difficult film to make. I remember we had to re-shoot the ending three to six months later because we had some problems. They had to put this special tape on my eyes for one particular scene, and I had to get to the set two hours early to get the makeup done. I enjoyed working with the other actors.

Did you feel the final film was worth all the difficulties you endured?

Absolutely. It was wonderful working with Dario. He was a filmmaker who knew exactly what he wanted technically. It was the first time I had worked with a Steadicam, which was very interesting for me. It's a great movie – it talks about the opera, and it talks about Macbeth. Macbeth, for all actors, is seen as something that brings bad luck. It's like wearing green clothing on stage, which is something actors never do because of the death of Moliere. OPERA did have bad luck. The film wasn't a success or liked much internationally when it was first released, and cost a lot of money to make, but over the years it has gained more recognition, and I'm soon being interviewed for a new Italian documentary about the film. Ultimately, making OPERA was a gratifying experience. 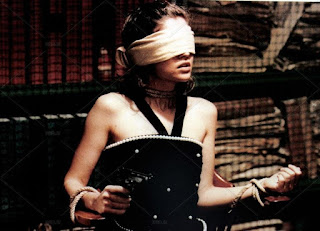 How true are the stories that you and Dario did not get along well making the film?

Well, they are true. He put me through a lot of things, but we were very fond of each other. Between him throwing ravens at me and laughing saying 'Ha ha! You have to do two hours of make-up every day!'', we fought a lot, but there was mutual respect between us. He respected me as an actress and I respected him as a director. He was very focused on technical things, whereas I wanted to ask him a lot of questions about the psychological aspects of my character and the story. But he would just say ''No, no, no that's all fine'' and then just talk about what he was going to do technically. I would say to him ''I need to understand what's going on psychologically'', and again, he would say ''No, no, no, it's fine. '' This would go on all day!

A few years before OPERA, you worked with Martin Scorsese on an Armani commercial. How did you get that job?

I had returned to Italy after filming EVERY TIME WE SAY GOODBYE in Israel with Tom Hanks. I was in a relationship with an Italian man at the time. The Taviani brothers, who had made GOOD MORNING, BABYLON (1987), recommended an agent to me, and Martin Scorsese was looking for a girl for an Armani commercial he was directing. I went to Milan for the audition, and I was surrounded by a lot of tall, thin, beautiful models, who were going up for the part. The competition was brutal. Suddenly this small man came up to me, carrying a stack of papers and he gave me a piece of paper. Once I saw that it had dialogue written on it, I thought to myself ''Okay, now I have a chance. '' I did the audition and Martin came up to me afterwards and said ''You got it! You got it! You are the girl!'' After the spot came out, which was shot in black and white, Dario Argento saw it and cast me in OPERA because of it. In the commercial, I sit on a bed and talk to a young man. Dario kind of re-enacted it in OPERA.