AN INTERVIEW WITH MIKE HODGES (PART 3 OF 3) 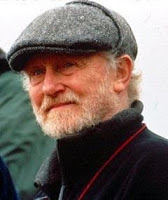 Mike Hodges is best known for the seminal British gangster film GET CARTER (1971) and the heist drama/ thriller CROUPIER (1998), and for the cult classic FLASH GORDON (1980). Before GET CARTER, Hodges worked successfully in television, where he displayed an aptitude for penetrating documentaries (World in Action), comedy (the documentary The British Way of Death) and experimenting with the form of arts programmes (Tempo, and New Tempo). His children's serial, THE TYRANT KING (1967) showed the possibilities of shooting television programmes on film and was followed by two highly acclaimed TV films, SUSPECT (1968) and RUMOUR (1969), both of which were hard-hitting, authentic, disturbing thrillers set in the criminal world. The latter film led to producer Michael Klinger and star Michael Caine agreeing Hodges was the right man to direct GET CARTER, which proved to become one of the most iconic and loved of British films. His excellent work in television aside (including the acclaimed TV films SQUARING THE CIRCLE and MISSING PIECES), over nine films Hodges has created a body of work that traverses genres and  consistently reflects the man's preoccupations with the nature of humanity and the world we have created - the crime thrillers (GET CARTER, PRAYER FOR THE DYING, CROUPIER, I'LL SLEEP WHEN I'M DEAD), the comedies (PULP, MORONS FROM OUTER SPACE), the forays into sci-fi  (FLASH GORDON, THE TERMINAL MAN) and horror (BLACK RAINBOW). Hodges is a fascinating, underrated filmmaker, and in the third part of our  interview, we talk about SUSPECT and RUMOUR, PULP (1972, his second film with Michael Caine), his controversial video for Queen's Body Language (1982), his short-lived experience on DAMIEN: OMEN II (1978), MORONS FROM OUTER SPACE (1985), and what he enjoys the most about working in television and theatre. 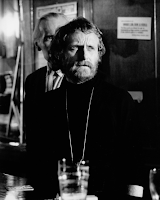 Before GET CARTER, you directed two superb crime thrillers for British TV, RUMOUR and SUSPECT. How did your experience shooting documentaries and creative profiles for TV inform your approach to those films?
On World in Action I became very adept at using 16mm cameras and used them to shoot both. Another important factor in working on news programmes is that you have to adapt quickly to prevailing circumstances. In the first of the two films, SUSPECT, it suddenly snowed while I was shooting. I instantly realised it could add immeasurably to the visual and emotional texture of my film, so I switched the schedule around to complete all the exteriors while the snow lasted, which was only for a few days. It changed the film radically and for the better. In the case of RUMOUR, while I worked on these documentary programmes, I witnessed the behaviour of the showbiz correspondents and that formed the basis of my main character, Sam Hunter.

What was the genesis of PULP? Did Michael Caine relish the opportunity to make a very different film from GET CARTER?
I had always loved American B-movies, many of which were politically subversive. A major part of PULP's conception was my shock at recent local elections in Italy and, for me, the incomprehensible support for the Fascist Party. Simultaneously I remembered an Italian scandal of the 1950s, the Montesi Affair, in which a young girl was found dead on a beach near Rome. The Communist Press insinuated the ruling party, Social Democrats, were involved and were trying to cover up a murder. The whole ludicrous affair ran for ten years and dragged in politicians, prostitutes and even the Pope. It was in this structure I housed my concerns for the return of such an evil ideology (i.e. in a pulp fiction/B-movie framework using the voice over technique I’d used for the gossip columnist in RUMOUR). I loved making that film although I suspect Michael Caine didn’t share my enthusiasm. Why I’m not sure. Even so, he was thoroughly professional as always and, in my opinion, wonderful as the pulp writer, Mickey King. For that I’m grateful. 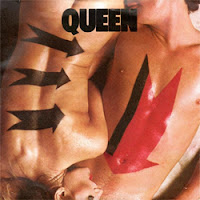 Your promo video for Queen's song Body Language was apparently the first film banned by MTV. It's certainly the most erotic piece of work you've made. How did you and the band arrive at the concept?
While recording the music for FLASH GORDON, I became friendly with all the members of Queen. They were fantastic fun to work with. In fact, shortly afterwards, I shot the movie’s music video. Then Freddie Mercury approached me to do the same with a song he’d written, Body Language. There’s the eroticism you talk about - in the song itself. The concept was Freddie’s and I was only too happy to capture it on film. We completed it in a Toronto studio after a truly exhausting 24-our shoot!

You were the original director on DAMIEN: OMEN II. What attracted you to the project? The politics of it were truly bizarre (and amusing) to an old leftie like me. Damien, Satan’s progeny, controlling one of America’s major corporations? America, the bastion of Turbo Capitalism? Amazing. One tentacle of Damien’s massive corp was into genetic engineering; another into dominating the planet’s food supply. Wow!

Coming on to the sequel to a huge success, what elements were you keen to retain from the original and what elements were you keen to introduce?
That was the problem! I turned down the original when offered it because I don’t care for horror movies. With the sequel I was simply seduced by its very curious politics, forgetting it was still a horror film and worse, now part of a franchise. That’s partly why it didn’t work out for me. 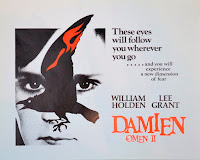 What footage of yours survived in the final film?
If you look carefully you can see my contribution. My shooting style is very different from Don Taylor who took over (much to my relief!) as director. For example, Damien in the military academy is clearly my footage. Its pacing and atmosphere is very different from the rest of the movie.

What was the nature of the creative disagreement that led you to leave the film?
I and the producer (and the franchise) were making very different films.

Why do you consider MORONS FROM OUTER SPACE to be one of the films you're the most proudest of?
The premise of MORONS is brilliant. At least to an 85-year-old sceptic like me who watches H. Sapiens becoming increasingly infantilised. Trump is an easy target - yet nobody can disagree he is the pinnacle of ignorance, one armed with primitive animal/peasant guile. Blob is the planet from which our four movie morons come. What’s interesting is that they are exactly the same as us. An essential tenet in the theory of Convergent Evolution is that the pattern will inevitably repeat itself until it ends up with a very similar result. Hence Blob is a copy of Earth. Hence our morons are a copy of us. Now, if you take the supposed progress in our civilisation, it has two opposing facets. Ignorance vs Intelligence is too simplistic a term but serves the thread of our argument. For the inhabitants of Blob, conditioned by similar cultural forces as us, which of the two has prevailed? Ignorance! And it may well do so here - eventually. The movie is a satire but it’s also posing a serious proposition. That’s why I’m proud of it.

What have you gotten out of writing and directing for the theatre that you haven't from other formats?
For a start I love the theatre. In my plays I was able to tackle subjects that would never be contemplated for television or cinema. On film performances are fixed like Nabokov’s butterflies. In theatre every performance is different which is closer to life itself.

Also, there is no producer to battle with. No funding or budgets or schedules to adhere to. Just me and a blank page. Only my own ego to deal with.

You worked a lot in television in the 80s and 90s. What did you feel you could achieve in your TV work that you couldn't in other formats?
Many of my cinema films have suffered from terrible marketing and distribution. Not so with my films for television. They were guaranteed an outlet and an audience. A short film I made in 1971, The Manipulators (now on a Network DVD) could never have been made for the cinema. Yet it’s one of my most important works. The others were offers made and ones I was pleased to accept.

Which of your TV work are you the most proudest of?
Undoubtedly SQUARING THE CIRCLE (1984), which was about Lech Walesa and the formation in Poland of Solidarność. The screenplay was by Tom Stoppard. Because of the numerous locations it required I got to work with an old friend, the brilliant production designer Voytek Romain. Together we came up with a very novel way of using the studio. We turned it into a box of magic tricks. Combined with the clever use of sound effects we transformed the sets and props, thereby effectively capturing the scenes Tom had written. It also paid homage to one of my favourite films, Max Ophüls’s LOLA MONTES (1955).

When you read the script to your acclaimed TV mini-series DANDELION DEAD (1994), what opportunities did you see in it?
It was odd. At the time I was contemplating writing a script set in the countryside, much like my thriller SUSPECT. It was going to be in the style of Simenon, a writer I much admire. Then, out of the blue, I was asked to make DANDELION DEAD. The story was placed in very similar territory to my first thriller. The screenplay was great and it was already financed. Needless to say I went for it and glad I did.