AN INTERVIEW WITH MIKE HODGES (PART 2 OF 3) 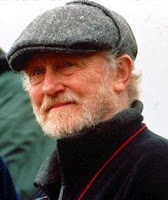 Mike Hodges is best known for the seminal British gangster film GET CARTER (1971) and the heist drama/ thriller CROUPIER (1998), and for the cult classic FLASH GORDON (1980). Before GET CARTER, Hodges worked successfully in television, where he displayed an aptitude for penetrating documentaries (World in Action), comedy (the documentary The British Way of Death) and experimenting with the form of arts programmes (Tempo, and New Tempo). His children's serial, THE TYRANT KING (1967) showed the possibilities of shooting television programmes on film and was followed by two highly acclaimed TV films, SUSPECT (1968) and RUMOUR (1969), both of which were hard-hitting, authentic, disturbing thrillers set in the criminal world. The latter film led to producer Michael Klinger and star Michael Caine agreeing Hodges was the right man to direct GET CARTER, which proved to become one of the most iconic and loved of British films. His excellent work in television aside (including the acclaimed TV films SQUARING THE CIRCLE and MISSING PIECES), over nine films Hodges has created a body of work that traverses genres and  consistently reflects the man's preoccupations with the nature of humanity and the world we have created - the crime thrillers (GET CARTER, PRAYER FOR THE DYING, CROUPIER, I'LL SLEEP WHEN I'M DEAD), the comedies (PULP, MORONS FROM OUTER SPACE), the forays into sci-fi  (FLASH GORDON, THE TERMINAL MAN) and horror (BLACK RAINBOW). Hodges is a fascinating, underrated filmmaker, and in the second part of our three part interview, he talks about his films A PRAYER FOR THE DYING (1987), BLACK RAINBOW (1989) and CROUPIER, how he approaches his work and the themes that attract him, and his current projects.

Looking back over your career is there anything you wish you had compromised on? Do you regret publicly disowning A PRAYER FOR THE DYING?
It was meant to be a press release solely to industry periodicals (Variety, Hollywood Reporter, etc) - a release simply stating that the film had been re-edited without my agreement and Goldwyn had refused to remove my name. The press person I employed screwed up and sent it to all the UK media outlets. Because the subject matter was such a delicate one - the IRA - the tabloids ran with it. Worse, rumours were deliberately circulated that I was an IRA supporter and the film had been changed to remove its pro-IRA support. Nasty! It was never meant to be like that.

Is it still possible we might see your cut of the film? 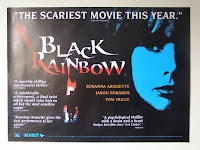 There was an attempt at MGM years ago to put it together again, but then MGM was sold to Sony and its whole film restoration division was shut down.

Would you say BLACK RAINBOW is the film that is the closest to your own outlook on life and what concerns you?
First, let me explain the genesis of this film. Over the years my search for film locations took me to many places across America where curiosity always led me to the local newspapers - the Bee's and the Bugle's. It was then that I noticed a pattern of reports where workers, often union officials, were beaten up or even murdered. On investigation they were revealed to be whistleblowers, usually on health and safety issues at the work place. These crimes became my springboard into the murky waters of unprotected workers, the desperate need to protect our environment, and the curtailing of putting profit before people. Sadly, after the filming was finished, while I was editing it, I noticed a small item in a newspaper here. A fire in the US had literally melted a factory producing chicken rings. When the workers tried to escape they found the emergency doors locked. Thirty-three of them burned to death. This horror story had unfolded in Hamlet, North Carolina, exactly where I'd shot an early sequence in BLACK RAINBOW. So, Yes is the answer to your question. It is the film that's closest to my outlook on life. And hopefully for millions of others.

After the ups and downs of your career, what attitude did you take towards the success of CROUPIER and newfound interest in your work?
Cock-a-hoop! Film Four, the commissioning company, thinking CROUPIER uncommercial, decided against its distribution. As the British Film Institute was about to re-release a newly minted GET CARTER, I got them to agree on a limited distribution of CROUPIER in the UK. At least that saved it from going straight to VHS and relative oblivion. Although it had excellent reviews the number of screens it reached remained very small. An American friend, Mike Kaplan, loved the film and spent almost a year doggedly working on getting a US distribution deal. It started (I think) on 17 screens and ended up on well over a hundred. It played for something like 8 months, taking over $10, 000,000 (I think); not that I saw any of it because the distribution company went belly up! It was so successful Film Four recanted and distributed it satisfactorily the next year. A minor victory & a rare one. The history of my films' distribution has not been a happy one. Sod that! I've always thought I was lucky to create them in the first place. 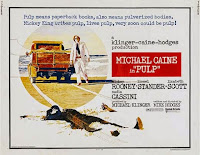 Would you say that you feel that humans like to create their own worlds where they can rule, but forget that they are subject to the same fates as everybody and are insignificant compared to nature and the world around them? Do you think the most we can hope is that we learn something about ourselves and achieve some kind of balance or happiness?
I'm fascinated by those animals I've got to know reasonably well - no dangerous ones - just cats, dogs, chicken, ducks, pigs. In their company I'm constantly aware that I, too, am an animal. But one of a species that's the most dangerous and destructive of all. Religions are an attempt to apply the brakes on our worst instincts. But for those of us who don't believe in God or religion we have to find our own brakes. And how to apply them.

Do you feel that your approach to filmmaking, where you don't overdo any aspects, leads to more of an authentic, loose feel? How do you stand on the idea of 'realism' in film?
Cinema is all artefact. I don't strive for realism; maybe a suspension of belief? I struggle to allow an audience time to absorb what they're witnessing. I'm scared of sentiment and arousing false emotions. Hence my limited use of music. I constantly strive for simplicity across the work. That said, these stipulations do not apply in way to FLASH GORDON and my favourites PULP (1972) & MORONS FROM OUTER SPACE (1985)!

How does it feel to be best known as the director of GET CARTER and FLASH GORDON, two very different films?
Maybe I'm schizophrenic?

What projects are you working on now, and what kind of issues are driving your work?
My filming days are over. Now I write fiction. Three short novels so far – 'Bait', 'Grist' and 'Security'. 'Bait' was published in French by Rivages Noir. I'm hoping they'll all be published in English before I kick the bucket. The publisher Unbound is very enthusiastic and about to crowd-fund them as one volume. Fingers crossed!