AN INTERVIEW WITH BARRY NEWMAN (PART 2 OF 3) 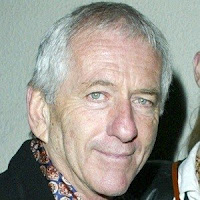 Barry Newman is best known as the star of the cult classic VANISHING POINT (1971) and the legal drama THE LAWYER (1970). He was also the lead in the successful spin-off TV series from THE LAWYER - 'Petrocelli' (1974-76). Newman is also an accomplished and respected theater actor and has extensive credits on TV and in film. His other film work includes lead roles in the thrillers FEAR IS THE KEY (1972) and THE SALZBURG CONNECTION (1972), the disaster movie CITY ON FIRE (1979) and the drama AMY (1979), and supporting roles in DAYLIGHT (1996), THE LIMEY (1999), BOWFINGER (1999), and 40 DAYS AND 40 NIGHTS (2002). Newman is one of the most interesting film and TV actors to have emerged since the 70s, boasting an ability to be a magnetic lead actor as well as a captivating supporting actor. Rolling Stone fittingly described him as being ''like producers fused Dustin Hoffman and Steve McQueen into one actor. " In the second part of a three-part interview, I spoke with Newman about how he got cast as THE LAWYER; working with director Sidney J. Furie on the film; returning to the character in two seasons of the TV show Petrocelli; how closely identified with the themes of VANISHING POINT and his character Kowalski; how enjoyable it was to drive the film's Dodge Challenger; his thoughts on the film's ending; and making THE LIMEY with director Steven Soderbergh and actors Terence Stamp and Peter Fonda. 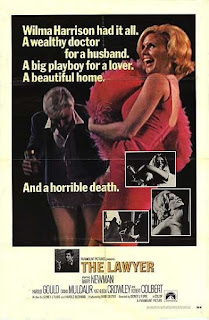 How did you get cast as the lead in THE LAWYER?
I would say Sid was responsible for my film career, really. On THE LAWYER, I came in and met Sidney at Paramount Pictures in New York. He didn't read me at all. He just spoke with me. The next thing was that he asked me to go to lunch with him the following day, and after that I had dinner with him and I met his wife. It was a brand new experience to me. I didn't understand it at all. He was extremely honest with me, and said ''Look, I wanna tell you. You are the character that I wrote, but Paramount wants me to go with a star, which I certainly would do if I could find a star who was what I wrote. '' I understood the situation. This was the lead in a studio movie. When he left for Hollywood, he still hadn't read me. I remember it was a few weeks later and I was painting in my bathroom in New York when I got a call from Sid and he said ''You got the part. '' It was like something out of a B-movie. What had happened was that he couldn't find a star in Hollywood who could play what he had written. I felt very fortunate.

What is Furie like as a director?
He was very hands-off, in terms of directing actors as such. He always felt that casting was the important element. Maybe many actors could play a particular part, but he was looking for that special quality that people can have, which in some sense is nothing to do with acting. Once in a while he would give you very slight direction but we never had long discussions, like you would have with Lee Strasberg, sitting and talking about a part.

At this point in your career were you keen to become a movie star or were you simply focused on being an actor?
I'll be really frank with you. I never really thought in those terms. When I was at Brandeis, they had a Creative Arts Festival in honor of Leonard Bernstein, and I was his assistant. I remember I used to go out and get him corned beef sandwiches from in town, and put his chair center stage in the amphitheater, things like that. He was being interviewed onstage and somebody asked him ''Mr. Bernstein, do you love conducting, or do you love being a conductor?'' I thought ''Wow, that's a deep question. '' Well, that question is a little like the one you asked. The answer is ''A little of both. '' There's a little part of me that just wanted to act, but all of the peripheral things that come with doing movies were things I liked too.

You returned to your character in THE LAWYER in two seasons of the TV show Petrocelli. Did you have any trepidation about committing to a TV show? Were you worried it might hurt your film career?
I did three or four films after THE LAWYER and then they came to me to do the series. I said ''I'm not interested in doing a TV show. I'm interested in doing films. '' In those days, it was felt you didn't do television if you wanted to make films. Originally I had gotten a call from the show's creator, E. Jack Neuman and he said ''I'm doing a take-off of THE LAWYER and it's called Zalengo. The character is called Vincent Zalengo. '' I said ''Why would you change the name of the character?'' There had been a fun running joke throughout THE LAWYER about people mistaking Petrocelli's surname and making jokes about it. I had just finished a Paramount-EMI film called FEAR IS THE KEY, and I realised that I had gotten away from the center of what I should be doing. I was becoming like Stewart Granger from KING SOLOMON'S MINES (1950), doing the same part again and again. And to be perfectly honest, I was not getting the top film parts. So I did the show and we made it about Petrocelli.

How did you keep it interesting for yourself when you're playing the same character so many times in a row?
Interestingly enough, I never got bored. The character was interesting enough for me, and each episode was different. I could work the character into different scenes and situations. I got more bored doing a show on Broadway for 17 months.

VANISHING POINT has a counterculture vibe and a main character with an existential outlook. How much did you identify with the material and the character of Kowalski?
The reason I did the film was interesting. I had just done THE LAWYER, where I was speaking non-stop for 90-odd minutes and I got the script for VANISHING POINT. I wasn't even thinking of the idea of the film or the existentialism of the character – I just thought it would be interesting to do a part where I am playing the antithesis of the character I had just played.

When the film first came out, it was the second feature to THE FRENCH CONNECTION (1971), but when it opened in London at the Leicester Square theatre, critically it was acclaimed and people lined up around the block to see it. In England I was a hero, and in America I was just a guy picking up his bags at the plane terminal! It opened again in America after playing Europe and people then started getting on to the film. It became a cult film without me even realizing it. To this day, I'm always being asked to talk about it somewhere.

Do you credit the ongoing cult of the film to how you got some of your high-profile roles in the 90s?
No,not at all. It seems to me that anybody's career is like the stock market – bulls and bears. I was happy to do the parts, but the fact of the matter is that those parts weren't really that great. I remember doing the Sylvester Stallone film DAYLIGHT in Italy, and it cost about a hundred million dollars to make, but only grossed about $38 million. I do have to say though, that Soderbergh did hire me for THE LIMEY because of VANISHING POINT. He wanted icons of the 60s and 70s in it, like Terence Stamp, Peter Fonda and myself.

Your character in THE LIMEY was interesting. This nervy, shady attorney with all these criminal connections who knew where all the bodies were buried.
Someone described him as the coldest character that Soderbergh had ever put in a movie. It was an interesting character to play.

What was it like being directed by Soderbergh?
He was terrific. What Soderbergh always did was to line up the close-up and the master together on two different cameras and hold them together. Then he would kind of rehearse the scene and walk around it. If your face was on camera while they were blocking it, it was on camera. If not, the camera would be moving around but the actor wouldn't be moving. He had all of his shots on the two cameras.

Talking of co-stars, how was working with the Dodge Challenger in VANISHING POINT?
It was the star of the movie! It was a great car to drive because it had terrific power. I was asked to test drive the new version of the car for a magazine and the body and the engine seemed to meld together even better.

I read in an interview that you interpreted the ending as Kowalski believing he would get through the road block and that he was not attempting to commit suicide. Do you think part of the appeal of the film is that the ending can be interpreted in different ways?
Absolutely. What I loved about that film was the fact that it was so visual. It didn't show you lots of scenes of Kowalski being a cop or spending time with his girlfriend. You just had things like the surfboard washing up on the beach, so you knew his girlfriend was dead. When I was playing Kowalski I believed I could get through that roadblock, because Kowalski had nothing to lose. People can see the ending how they like, although as an existentialist piece, the character is fated to die.

I was moved by what you said about him seeing a glint of light and believing he could get through. It could be applied to real-life situations. That glint of light is all some need to believe they can survive or overcome or endure.
Everything this guy had done had gone wrong, and they were after him, really, for nothing, for misdemeanors. His life had been nothing but disappointments, but he kept getting up again and trying. It was that kind of thing – ''What the hell? I have nothing to lose. ''

Email ThisBlogThis!Share to TwitterShare to FacebookShare to Pinterest
Labels: Interview:BARRY NEWMAN (PART 2 OF 3)