AN INTERVIEW WITH DON 'THE DRAGON' WILSON (PART 2 OF 2) 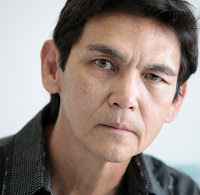 Don 'The Dragon' Wilson has been a martial arts action star for over 25 years, headlining such fan favorites as BLOODFIST (1989), BLACKBELT (1992), OUT FOR BLOOD (1992), RED SUN RISING (1994) and NIGHT HUNTER (1996). On top of such accomplishments, he was also the world kickboxing champion a record eleven times, winning 47 matches by a knockout. Don is regarded as the greatest kickboxer that ever lived. Thirty years into his acting career, Don has played against type in his latest films, PAYING MR McGETTY and THE MARTIAL ARTS KID.  In the second part of a two-part interview about his career, we talked about his roles in BATMAN FOREVER (1995) and SAY ANYTHING ... (1989); the differences in low and high-budget filmmaking; how the low-budget action genre has changed since the 90s; working with Roger Corman and actor James Russo, and his upcoming films.

How did your role in SAY ANYTHING ... come about?
It was a weird coincidence of events. Cameron Crowe wrote FAST TIMES AT RIDGEMONT HIGH (1982), which starred Sean Penn, and he also wrote a film called THE WILD LIFE (1984), which starred his brother Chris. Cameron wrote SAY ANYTHING for Chris, because he had been a kickboxer. But when he met with Chris, he realised that he looked too old and out of shape for the part. Somehow John Cusack's name came up for the part, and Cameron hired me to train him in kickboxing. As we were training, Cameron decided to put me in the movie as one of John's sparring partners, who gives him a kick and breaks his nose. It was Cameron's first movie as a director and he is a really nice guy. 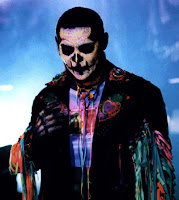 How about BATMAN FOREVER?
Joel Schumacher called me to his office and said ''I was watching a prison movie with you in it and I thought I should put martial arts in BATMAN FOREVER. I want you to play Tommy Lee Jones' s henchman, and it's 3 1/2 months work. '' I told him ''Joel, I can't do that. I am making all these B-movies. I'll get sued if I pull out of them. '' So he said ''Well, what can you do?'' I said ''I can come in and do one fight scene, as long as I am covered up. I don't want to get beaten up in the biggest movie I am in. '' Joel said ''Well, we don't have a scene like that, sorry. Thanks for coming in. '' And I left his office.

It was less than a week later and my agent called and said ''Joel wants to see you again. '' So I went over there and Joel handed me two sheets of paper. They treated the BATMAN FOREVER script like it was a CIA document, so that's all he could show me. It was one fight scene. I said ''Cool, I could do this. '' The film ended up the highest-grossing film of the year. I guess it was my taste of Hollywood studio filmmaking. It is totally unlike what I do for a living, which is low-budget independent films. We need to squeeze every dime we can to make the movie as good as we can. That's nobody's goal in the studio system. Joel had $100 million and 90 days to make the movie. The last thing they want is for him to say ''You know what, I can make this movie for $20 million. '' It's the stockholder's money. They have to spend it. The scene I shot on BATMAN FOREVER took four days. We had 50 extras but Joel made it look like he had 200 people in the scene when we shot it. In the finished film, I look up and say ''It's Batman!'' and we all run. But you only see about eight people. They're spending too much money on these films than they need to, and they do it all the time.

I remember Chuck Norris called me and asked me to appear in some of the last episodes of his TV series, Walker: Texas Ranger. I asked him how much they were spending on the show and he looked at me like he was telling me some dark secret and he said ''Two million dollars a week. '' I could make five Don Wilson movies for that. In THE LAST SENTINEL we had a scene underwater and we were going to have to rent a tank for a couple of hundred thousand dollars. Instead of that, we used my swimming pool.

There is an authenticity to your B movies that the A moves don't often have. I'm thinking of you running along an active volcano in BLOODFIST.
Yes, if you see me running, that's me. I also did a fight scene on a moving train and we jumped from car to car. If I had fallen off, even though it was only moving 30 mph, that would have been a sad day! There are guys who do it for real, like Tom Cruise on the airplane as it's taking off in the last MISSION: IMPOSSIBLE, but not many. Jackie Chan, of course, is an exception. The insurance companies won't let actors do anything that puts the actors in jeopardy. I was doing a scene in Ireland on a horse without a saddle. I jumped on the horse and fell off. The insurance guy said ''Right, this actor is not doing the stunt. '' And that was that. 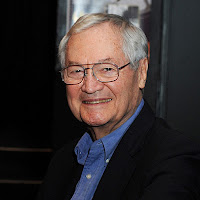 How has the independent action movie sector changed since the 80s and 90s?
The money is definitely not there like it used to be. I used to make a quarter of a million dollars a film, and I would make five films a year. BLOODFIST, my first film, sold 60, 000 copies on VHS. It cost $250, 000 to make and made a total of over $10 million from all the markets. I'd like to say that was all down to me, but Van Damme had done BLOODSPORT and this was a rip-off. Roger Corman was great at doing this. When JURASSIC PARK (1993) came out and did huge business, he slapped together a horrible sci-fi movie together, put dinosaurs in it, and released it direct to video as CARNOSAUR (1993) with a T-Rex on the cover. It was the highest-grossing direct to video that year. Timing is everything.

What did you love the most about working with Corman?
We both majored in Engineering, so we had that same background. He is the Godfather of Film for me. I did twelve movies with him and he taught me about the business. I was at an autograph event once with David Carradine, and he said ''Don, I've done more films with Roger than any other actor. '' I said ''David, how many have you done?'' He said ''Eight. '' I told him ''David, I've done twelve. '' I've starred in more films for Roger than any other actor. That has a good side and a bad side. Roger once told Ron Howard ''Listen, I'll give you a chance, and if you do a good job, you'll never have to work with me again. '' And he was right. GRAND THEFT AUTO (1977) led to a lot of bigger and better movies for Ron Howard. Obviously, I'm not doing my job right! I've done twelve movies and I'd do another if the script was good. I haven't outgrown him. I love the guy and we have made a lot of good movies together. 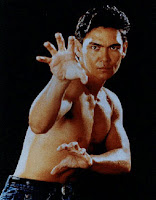 When I drove out here in my Corvette in 1995, the odds of me making it as an actor were slim. Sean Penn told me ''Don, they just don't write roles for 6ft Asian 30 year olds with Southern accents. '' And yet my first two films were hits, and I ended up having 4 HBO Premieres, which is the highest accolade you can get in independent film, if you're not in the theaters.

When Schwarzenegger started out, his accent was so thick that they had to dub him in HERCULES IN NEW YORK (1970). And no actor had a body like his. He didn't look like Sean Connery or Clint Eastwood. Now we have the likes of Vin Diesel and The Rock of course. Arnold, Chuck Norris and myself went from having no chances of having success to having a lot of success. At one point, Arnold was the biggest star in the world with TERMINATOR 2 (1991), Chuck was the biggest TV star in the world with Walker, and I was on the cover of Time Magazine as one of the biggest direct-to-video stars in the world. I think we all understood that success happens in increments, and that you don't give up when you have adversity. We also used the life lessons we had learned in martial arts and in Arnold's case, bodybuilding. 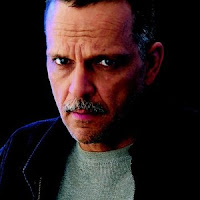 Who are some of the actors that you worked with that you repected the most?
I worked with James Russo on a Showtime movie called REDEMPTION (2002). In the movie I cause the death of Cynthia Rothrock, who is a fellow cop. James gave me some pointers on my acting. I was staring at him every time he talked because I respected him so much as an actor, but he said ''I don't think your character would do that. He's in his own world. Don't look at me until I make you look at me, as my character. '' He added ''Don't worry. I'll make you look at me. '' He was playing my Police Captain. He was so intense in the scene that I had no choice but to look at him. I was a professional kickboxer but I was not an actor on the level of James Russo and I was happy for that gift he gave to me. I want people like him around me so I can improve as an actor. My ego stops when I get out of the ring.

Aside from PAYING MR. McGETTY and THE MARTIAL ARTS KID, what other films do you have coming out?
I'm doing a B-movie called BEYOND THE GAME, and it's like THE EXPENDABLES. It has all the B-movie actors in it. I'm talking Olivier Gruner, Cynthia Rothrock, Richard Norton, Billy Blanks, and Michael Jai White, for example. And there's SHOWDOWN IN MANILA, with Alexander Nevsky, Casper Van Dien, Cynthia Rothrock and Mark Dacascos, who also directed it, and V-FORCE: NEW DAWN OF V.I.C.T.O.R.Y. with Billy Zane and Bruce Dern.

Email ThisBlogThis!Share to TwitterShare to FacebookShare to Pinterest
Labels: Interview: DON 'THE DRAGON' WILSON (PART 2 OF 2)