AN INTERVIEW WITH MARK PELLINGTON (PART 3 OF 3) 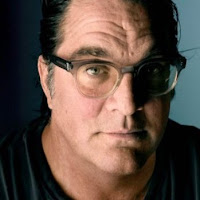 Mark Pellington's versatile, fascinating resume as a filmmaker includes the paranoid thriller ARLINGTON ROAD (1998) with Jeff Bridges and Tim Robbins; the horror mystery THE MOTHMAN PROPHECIES (2002) with Richard Gere; the innovative concert movie U2 3D (2007); the offbeat, thoughtful comedy HENRY POOLE IS HERE (2008) with Luke Wilson; the unforgettable, coruscating I MELT WITH YOU (2011) with Rob Lowe, Thomas Jane and Jeremy Piven; and his latest film, the comedy drama THE LAST WORD (2017), with Shirley Maclaine and Amanda Seyfried. Getting his start in MTV, Pellington is also one of the most exciting, innovative music video directors working, with U2's 'One' and Pearl Jam's 'Jeremy' amongst many memorable, game-changing highlights. He also directs short films and documentaries, and executively produces the TV mystery series Blindspot. The breadth of his work across different formats speaks to his talent, passion and great interest in the world around and inside him. In the third part of a three-part interview, I spoke to Pellington about the making of his new comedy drama THE LAST WORD, featuring Shirley MacLaine, Amanda Seyfried, Anne Heche and Philip Baker Hall, and his next film NOSTALGIA, with Jon Hamm, Catherine Keener, Ellen Burstyn and Bruce Dern in the cast.

How did THE LAST WORD come your way?
I met the writer, Stuart Fink, about two and a half years ago when we were doing a commercial together. He told me about this idea he had of a woman who was going to write her own obituary. I thought it sounded like a great idea. He wrote the screenplay and we developed it, and we got Shirley MacLaine attached, and then Amanda Seyfried.

What attracted you the most about the project?
After I MELT WITH YOU I wanted to do something a little less nihilistic, and a little lighter, something that would show a different side of my personality. It was also a great chance to work with Shirley Maclaine. It was a fun experience, and I got it out of my system.

Was the chance to tell a female-centered story also part of the attraction?
To be honest, not really. I just wanted to tell a good story. A couple of other passion projects I was working on weren't happening and this one started to ignite. You have to focus on the ones that are more likely to get made rather than the ones that are having problems.

Did the story speak to you about where you are right now in your life?
It spoke to me a little about mortality and getting older, but it's the least personal of my movies.

When you were making the film, were you consciously trying to avoid the pitfalls of comedy dramas?
I wasn't really aware of any pitfalls. I mean, reading some of the reviews, it makes me think that maybe I should have done some things differently. I really like the movie, and I think people love Shirley MacLaine's performance. She's in 90% of the movie, so I must have done something right. Some people have criticised the screenplay for being too simple and for the tone being erratic and inconsistent, but I'm pretty pleased with it.

What was the experience like of working with Shirley MacLaine?
She's amazing, a legend. She was challenging at the beginning. She had an old school way of working where you had to hit your marks. But sometimes I don't like marks in rehearsals. I taught her to be a little more spontaneous. You definitely have to be on your toes with her, but the more you work with her, the more she respects you as a filmmaker and you're on an equal footing.

What kind of energy did she bring to the set?
She was a pro. She knew what everybody was doing. If you think about it, she's been doing this for over sixty years, so imagine how great she was.

Did you have any chances to talk to her about some of her films?
THE APARTMENT (1960) is one of my favorite films, so towards the end of the movie when we had more time and we were more relaxed, I would ask her about Fred MacMurray and Jack Lemmon, about Billy Wilder, what it was like to shoot the film and specific scenes. She told me about her and Debra Winger hating each other on TERMS OF ENDEARMENT (1983), which is widely known. Her brain is very sharp and she has a vivid memory. 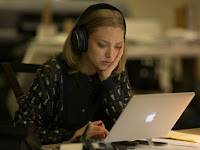 It has been interesting to see Amanda Seyfried's career develop and for her to grow as an actress. Did you enjoy working with her?
She was really terrific. She's a really great young woman and a good person. She's very good at playing these nervous types of characters who are unsure about their entry into becoming a woman. Interestingly, I hadn't seen in her many films before I worked with her. My daughter knew more of her work. I had seen her in Atom Egoyan's CHLOE (2009) and in TED 2 (2015) and others, but I hadn't seen MAMMA MIA! (2008) or LES MISERABLES (2012).

You also got to work with one of the great character actors, Philip Baker Hall. How was that experience?
He's another old pro, and a terrific guy. I mean, what do you tell that guy? ''Would you like to do it again?'' He has emphysema, so he needed oxygen before every take. That was difficult to watch. He came to the premiere the other week and it was great to see him. Anne Heche is a pro too, and great in the movie.

Did you feel THE LAST WORD revisited the territory of HENRY POOLE IS HERE at all?
I would definitely say THE LAST WORD would make a decent double feature with HENRY POOLE in the flawed yet well meaning comedy drama canon of Mark Pellington! I tried to be less sentimental on this movie than I was on HENRY POOLE because I wasn't as sad. I think I had more of a handle on the mixture of heart and humor on this film, although I like HENRY POOLE a lot, particularly Luke's performance. Comedy dramas are tough. I don't think they are my strong suit. I like watching them and I like making them but I think thrillers or straight dramas are easier to do. I'll never be Hal Ashby, but that's okay.

Working on THE LAST WORD and looking back at who you were on HENRY POOLE, did it make you realise how far you have moved on from your grief?
I'm a lot happier now. I'm all fixed! HENRY POOLE was four or five years after my wife died. I MELT WITH YOU was a dark turn that had to do with the death of my mother, and I had relapsed. I got sober after I MELT WITH YOU, and I could never make that movie again. I loved it, but that was where I was with my life, and THE LAST WORD was actually more like where I was a couple of years ago. It takes a while for a movie to get made and then come out. I had a great time making NOSTALGIA, and I just signed on to do a thriller called THE TRAP for Sony. It's going to be a big scary movie, and it's been too long since I have made one.

What can you reveal about NOSTALGIA?
It's an Altman-esque exploration of memorabilia and loss, and family and technology. It has a great ensemble cast - Jon Hamm, Ellen Burstyn, Catherine Keener and Bruce Dern are in it. I'm editing it now, and it's very personal to me. I'm very proud of it. It will be out at some point this year. It was written by this writer-director named Alex Ross Perry, who did movies like LISTEN UP PHILIP (2014) and QUEEN OF EARTH (2015). He's a real literary talent.

How was Ellen Burstyn to work with on the film?
She's one of the greatest actresses I have ever worked with. She had an eight-page monologue to deliver on the movie, and she just nailed it.

How about Bruce Dern?

Bruce was a trip to work with. He had a lot of energy and lots of fun anecdotes and stories to tell about Jack Nicholson and Bob Rafelson and Old Hollywood.

Having been so busy with these two films, did you get to see any films recently that impressed you?
I think LION would be my favorite, then ARRIVAL and MOONLIGHT. Then they all tend to blend together but I enjoyed HACKSAW RIDGE and LA LA LAND. CHRISTINE with Rebecca Hall was really good. That film really got to me and stuck with me for a long time. I have been working a lot and I haven't seen as many films as I would have liked.

Have you been impressed by any TV recently?
I did enjoy Big Little Lies with Reese Witherspoon and Nicole Kidman.

Would creating a serialised TV series like Boardwalk Empire be something that would interest you?
Absolutely. I'm very active in TV development, but TV shows are slow burn. They take forever to get going. I had a show at Fox that didn't get picked up for this pilot season. I am developing a show called Black Bag that is about super low-tech, underground surveillance, and is written by Alessandro Camon, who was nominated for an Oscar for THE MESSENGER (2009). It's one where I would definitely direct each episode.