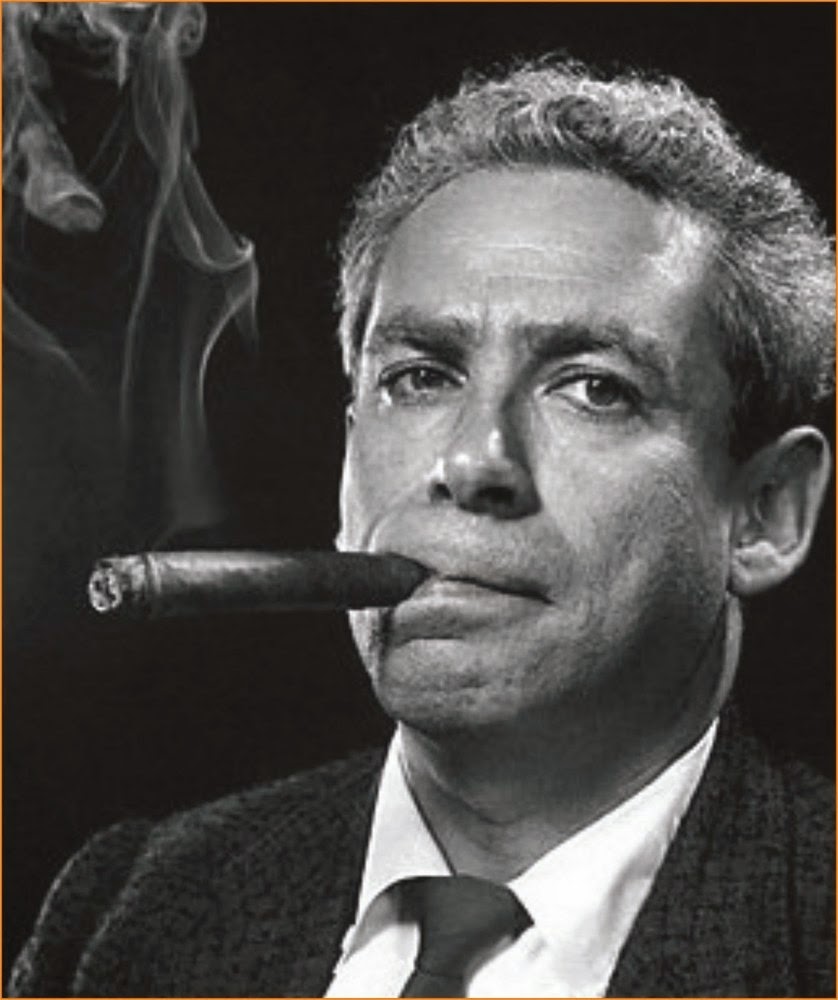 2014 marks the 65th anniversary of the release of I SHOT JESSE JAMES (1949), the first film directed by Samuel Fuller, who passed away in 1997 at the age of 85.  A new documentary directed by his daughter Samantha and produced by his widow Christa, A FULLER LIFE, through staged readings selected from Fuller's autobiography 'A Third Face', tells the filmaker's unique, extraordinary and inspiring story.

The son of Jewish immigrants (Russian on his father's side, Polish on his mother's), Fuller began his journalism career as a newspaper copyboy at the tender age of 13, becoming a crime reporter at the age of 17. (One of his best films, and his personal favourite, 1952's invigorating PARK ROW, is set in the newspaper industry.) By the age of 24 he had sold his first screenplay to Hollywood, the musical comedy HATS OFF, filmed as a major movie in 1936 by the Russian director Boris Petroff, which began a lucrative and extensive career writing (and ghost-writing) Hollywood screenplays, including the likes of SHOCKPROOF (1949) for Douglas Sirk, CONFIRM OR DENY (1941, written over a weekend with Hank Wales, whose life inspired Hitchcock's FOREIGN CORRESPONDENT) and GANGS OF NEW YORK (1938), which was based on the same book by Herbert Asbury that Scorsese based his 2002 GANGS OF NEW YORK on.

At the age of 32 he could add published novelist to his resume when his first book 'The Dark Page' (1946) came out.  (It was later filmed by Phil Karlson in 1952 as SCANDAL SHEET.) Fuller was smack bang in the thick of the defining part of his life, serving as a WW2 infantryman when he heard the news of the book's publication. He saw a lot of action in the infantry division nicknamed 'The Big Red One'. He used his experiences for the brilliant 1980 film of the same title that he wrote and directed, featuring Lee Marvin in his last great role. For his services in the Army (which included being involved in the landings at Africa, Normandy and Sicily, fighting in Belgium and Czechoslovakia, and helping to liberate the concentration camp at Falkenau), he was awarded the Bronze Star, the Silver Heart and the Purple Heart. Upon his return to civilian life, he made the transition to directing with I SHOT JESSE JAMES in 1949 with the help of producer Robert Lippert, who agreed to let him direct the three scripts he had agreed to write at no extra cost. 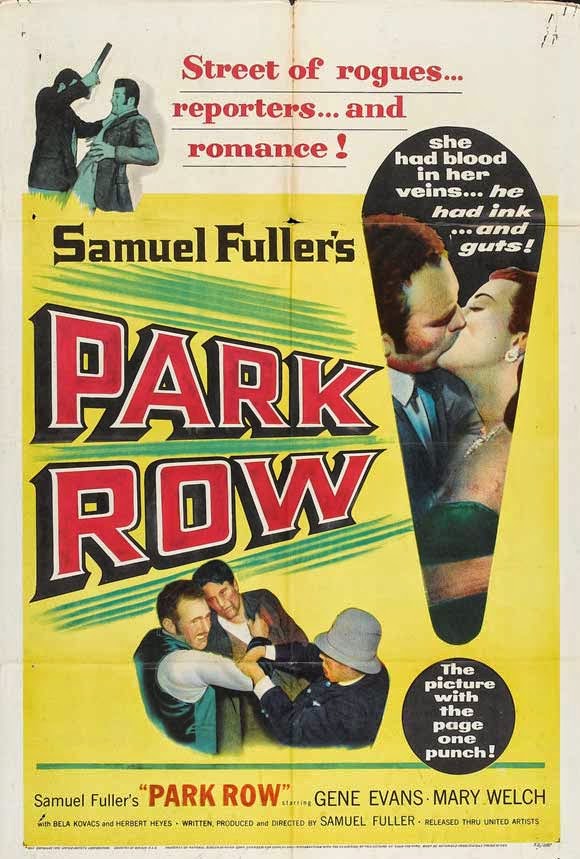 Fuller's films are incredibly rich, fullblooded experiences. If anything, he was a great storyteller in the spirit of Mark Twain. Fuller knew how to tell a great yarn, grabbing the audience's interest from the outset, something he learned from his time as a journalist. They have the spirit of adventure, the love of travel and foreign cultures, of friendship, of experience, of humour. He was able to make personal, uncompromising films under the auspices of the studio system up until the '60s, something his friendship with Darryl F. Zanuck enabled to happen. Despite being of great quality and with things to say, his films are not precious or stilted. They were designed to entertain audiences, and succedded greatly, reflected by the popularity and profitability of most of his films.


Once Zanuck left 20th Century Fox to become an independent producer, it became harder for Fuller to make the films he wanted to make under the studio, and he had to secure independent financing from then on. Although they are seen as classics now, SHOCK CORRIDOR and THE NAKED KISS shocked and perplexed certain people in the industry, and Fuller entered a more difficult part of his professional life, with one setback after another, and far too few films made. Even the release of his dream project, THE BIG RED ONE was fraught with disappointment when the film was heavily edited down for release. It has since been released in its original director's cut. Undoubtedly the happiest events of this period were meeting his second wife, actress Christa Lang, and the birth of their daughter Samantha. 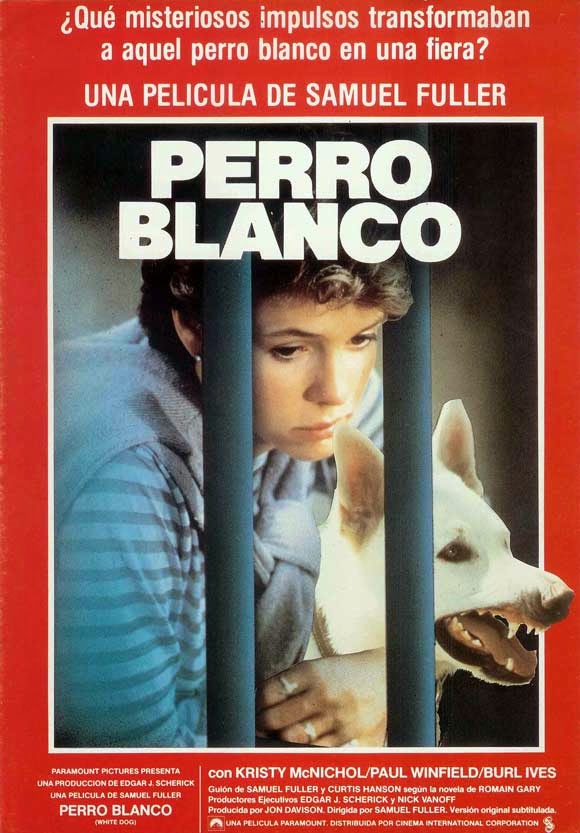 He was also one of the bravest, edgiest and innovative filmmakers of his generation, tackling taboo subjects head-on, pleading for tolerance, open-mindedness and fairness and using tabloid techniques and styles to bring immediacy and emotional truth to his pictures. Note the intensity of his choice of close-ups, the off-kilter use of the frame and the jolts supplied by his editing choices. Quentin Tarantino has spoken about the brilliance of the tracking shot that leads out of a newspaper office into the street in PARK ROW. He routinely gave strong roles to women and actors of different races at a time when the industry was very Anglo-Saxon and male-centric. His first film, I SHOT JESSE JAMES, has an ending that hints at Jesse and his assassin, Robert Ford, possibly being gay lovers (''I'm sorry for what I did to Jesse. I loved him.'') The film marked the arrival of a major directing talent, as influenced by Carl Dreyer (the intense close-ups) as he was by Twain in the storytelling or his love of democracy in the way his films talked like people in a democratic nation should be allowed to, free of oppression. THE STEEL HELMET (1951) was the first film made about the Korean War, and was made when it was still ongoing. On one level it's a stirring, gritty war picture, but it also tackles racism, makes the first-ever reference to Japanese-American internment during WW2, and has a scene where a sergeant shoots a prisoner of war, its inclusion angering the US Army who had provided stock footage for the film. Anticipating his last American film, WHITE DOG (1982), some three decades later (where he was ridiculously suspected of racism) he came under fire for being the actual opposite of what he was: reporter Victor Reisel calling him ''pro-Communist'' and ''anti-American'', and critic Westford Pedravy alleging he was being secretly bankrolled by ''the Reds''.

The wonderful noir picture PICKUP ON SOUTH STREET (1953) has a scene where Richard Widmark's character responds ''Are you waving the flag at me?'' when another character appeals to his sense of patriotism. It was a scene which  infuriated J. Edgar Hoover. THE CRIMSON KIMONO (1959) has an American woman choose her Japanese-American lover over her American one. SHOCK CORRIDOR (1963), set in a mental situation, has a black inmate who believes himself to be a Klu Klux Klan member. THE NAKED KISS (1964) the central character of the reformed prostitute who becomes a nurse in a small town eventually learns her new wealthy fiance is a child molester. WHITE DOG (1982) is the story of a black dog trainer and a white woman who attempt to cure a dog that has been trained to attack black people. The film was shelved in the US by Paramount Pictures who feared the film might be deemed racist (given the fact the film was a plea for racial tolerance this was not likely to happen) after Willis Edwards, vice president of the NAACP Hollywood chapter described the film as ''inflammatory'' and questioned why it had even been made. Fuller, who could count the likes of Jean-Luc Godard, Steven Spielberg, Dennis Hopper and Wim Wenders amongst his admirers and friends (he had acted in films for all of them); the esteemed and influential filmmaker loved by the French New Wave filmmakers; the great democrat, the great patriot, whose films had fought for racial tolerance and had just made a film pleaing for the very same thing, was forced to decamp to another, more open-minded and rational country (France) with his family, where he made his last three films. 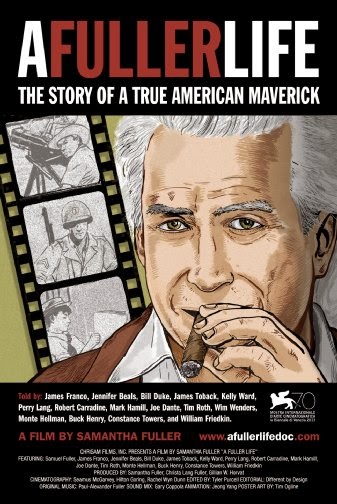 The new documentary A FULLER LIFE, which was two years in the making, has twelve well-known faces (friends, collaborators, fans) who have been affected by Fuller's films reading extracts from his autobiography, 'A Third Face'. The extracts are further dramatised by recently found 16mm footage of Fuller's location scouts, home movies, time on the front lines in WW2 and heartbreaking footage from the Falkenau concentration camp he helped liberate. There are also clips and stills from his movies and a look at the room where he wrote, which has been left untouched. A FULLER LIFE covers a lot of ground in its brief eighty minutes, and is a perfect way to celebrate Fuller as an artist and a man. That the words are coming directly from Fuller make it all the more immediate and vibrant. The guest readers include Monte Hellman, Mark Hamill (THE BIG RED ONE), William Friedkin, James Franco, Jennifer Beals (Fuller's MADONNA AND THE DRAGON, 1990), Robert Carradine (THE BIG RED ONE), Joe Dante, Bill Duke, Buck Henry, Tim Roth, James Toback, Constance Towers (SHOCK CORRIDOR and THE NAKED KISS), Wim Wenders and Tim Roth. The eclectic array of guests is indicative of the breadth of Fuller's influence and the world he created around himself while he lived. Fuller comes across as a driven man with a lust for life, a stubborn man who fought for himself but also for others, a man who believed in sacrifice, honor, personal freedoms and democracy, and who wasn't scared of shining light on darkness. In his career he was alternately understood and misunderstood, loved and discarded, and worked in both the mainstream and in the independent sector. Hopefully, this film will lead to Fuller's legacy being more fixed - that of one of the most important filmmakers of the last century. A FULLER LIFE tells you about the man behind the films and will put a smile on your face. If  you're a filmmaker, it will enoble you. For lovers of film, it will inspire you to discover the films that inspired the passion and love that created this absorbing documentary. Because, as Martin Scorsese wrote in the foreword to 'A Third Face', ''If you don't like the films of Sam Fuller, then you don't like cinema.''

A FULLER LIFE opens at the Laemmle NoHo 7 cinema in Los Angeles from 24th to 30th October 2014. You can see the details and the film's trailer here.

You can order 'A Third Face' by Sam Fuller with Christa Fuller and Jerome Rudes here.

My interview with Christa Fuller about Sam.
Posted by Paul Rowlands

Email ThisBlogThis!Share to TwitterShare to FacebookShare to Pinterest
Labels: Review: A FULLER LIFE