AN INTERVIEW WITH DAN HEDAYA 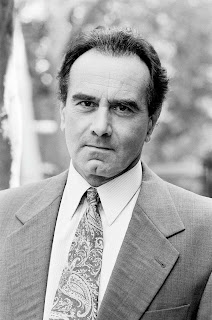 Dan Hedaya is one of Hollywood's most versatile, accomplished and loved character actors. He is also one of the most prolific. Since first making his mark as the sleazy, murderous bar owner in the Coen Brothers classic BLOOD SIMPLE in 1984, he has never looked back, and his many, many credits include COMMANDO (1985), THE USUAL SUSPECTS (1995), CLUELESS (1995), NIXON (1995), MARVIN'S ROOM(1996), ALIEN: RESURRECTION (1997), DICK (1998, as Nixon), THE HURRICANE (1999), MULHOLLAND DRIVE (2001) … the list goes on. Now 82 years old, Hedaya has no plans to retire, and in his latest film, Jeremiah Kipp's haunting, disturbing indie horror film SLAPFACE (2021), he gives a distinctive performance as a sympathetic Sheriff. I spoke to Hedaya about the film, and his incredible career.

What attracted you to the SLAPFACE project?

Nice people, actually. It also fit into my schedule. And I like working!

What was it like working with the writer-director Jeremiah Kipp?

It was one of the most pleasant experiences I've ever had making a film. I never saw one millisecond of unpleasantness with the whole crew. Everybody was so cooperative and kind and friendly. It was really was one of the nicest bunch of people I've ever worked with.

Your performances are always so rich, nuanced and interesting. How do you first approach each new character you take on? Do you have any strategies set in place?

No, I'm a gambler. When I read something, it either resonates with me and I respond favorably, or not. If it resonates, it somehow creates an image for me. I'm not a so-called Method actor. I just like to start and see what happens. 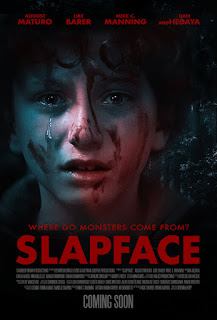 I've noticed that you always tend to find the humor in the characters you portray. Is that important to you?

I don't specifically have a goal. It sometimes just comes out of the situation or circumstance. I didn't see anything funny about being buried alive in BLOOD SIMPLE!

How was the experience of making that film? Did you realize it was going to be a special movie?

No, it was a joyful, very laid-back experience, but it was such a tiny budgeted film. I almost didn't go to the callback. I never never envisaged it becoming what it became.

Do you really enjoy working with first time directors? You also worked with people like Tony Scott (THE HUNGER) and Bryan Singer (THE USUAL SUSPECTS).

They're all different. Joel Coen, it was his first time, he was very good.

Did you immediately feel an upswing in your career after BLOOD SIMPLE?

It's hard to pinpoint what impact things have. It definitely helped when it became so successful. Everything contributes.

When you first studied acting at the HB Studio in New York, what do you think were some of the most important lessons you learned?

To listen well, that comes to mind. That's basically it. I didn't go there that long. It was fun doing scenes and I had a very nice teacher. It was the doing of it that was the lesson, really. 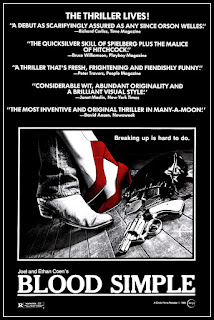 You've done a lot of theater work. Is it a different discipline to you? Does it exercise a different part of your brain?

It's exactly the same. You just have to speak more forcefully. I never had a special approach to theater, versus film. Even in film, you have an audience. You have a crew of fifty people.

Of all the characters you've played, which ones would you say are the closest to you?

No, I'm Jewish, from Brooklyn. My mother and father came here from Aleppo, Syria, and we lived in a Syrian-Jewish community in Brooklyn. I think some of the Italian-American actors are annoyed with me, but I can't help it! It's not my problem!

Do you consider yourself a character actor?

Would you have liked to have had more lead roles?

Of all the filmmakers you have worked with, who would you like to work with again the most?

I'd say Norman Jewison, who direced me in THE HURRICANE with Denzel Washington. He was kind and was good. It's a great combination.

Did you enjoy working with David Lynch on MULHOLLAND DRIVE?

Oh, that was very special. A great experience. He's a wonderful director, and one of the nicest. They were very generous to me. Even though I only played a small part, they invited me to go to the Cannes Film Festival.

How was the experience of playing Nixon in the movie DICK?

Oh, I loved it. Thank you for asking me about that one.

You are now in your eighties. Do you have any plans to retire?

No, but I'm also a painter now. If you go on Instagram there are thousands of my paintings on there. I spend a great deal of time painting. But I'm not retiring. If something comes around, I'll consider it.

SLAPFACE  can currently be viewed on AMC and Shudder. It can be purchased on DVD from July 26th at Target and other retailers.

Many thanks to Mr. Hedaya for sparing his time.