AN INTERVIEW WITH STEVEN LAMBERT 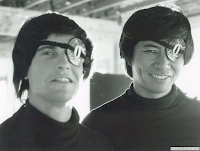 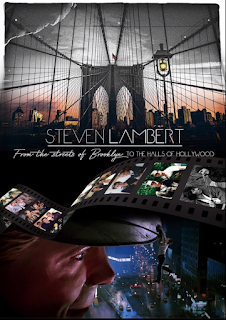 How has martial arts training transformed your life?
It gave me a direction in my life, although at the time I had no idea where it would take me. It gave me enjoyment, and confidence. It taught me to believe in myself, and a sense of what can be achieved through hard work.

How did Hollywood come calling?
It found me. I was not looking for it. I was competing in my last martial arts tournament, which was called the BKF – the Black Karate Federation. I got second place, in three black belt federations: weapons, fighting and kata. Some casting people came over to me and said ''You are very good. How would you like to fight Chuck Norris in a movie?'' This was his first starring role in the film GOOD GUYS WEAR BLACK (1978). They told me they would pay me five hundred dollars cash for one day's work. That was more than I made in a week at my regular job. 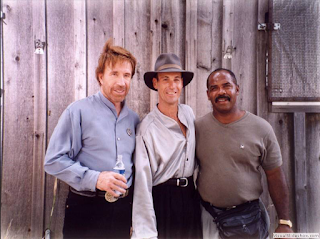 What was the experience of fighting Norris like?
This was my first time working on a movie. I did not know about things like hitting marks or performing for the camera. I didn't even know about 'Lights, Camera, Action!' But Chuck was patient and kind with me. When we talked, I told him that he had judged me in tournaments before and that he knew my Master in martial arts, Douglas Wong. Chuck and I became friends and I worked for him many, many times in the future. I even co-starred in his TV show Walker, Texas Ranger (1993-2001).

What kind of mental or physical exercises do you do before performing a stunt?
Mentally, I make sure I go over everything about my performance in my head. I stretch out and stay calm until they say 'Action!' At the end of the scene, I expect no less than a standing ovation when they say 'Cut!' and 'Print!'!

How much has conquering and learning to respect fear been a part of your life?
Exactly, that's it. You have to respect fear. It is normal. It will always be with you. When you're scared, you must learn how to control it. Only then will you understand fear. It will help you get through whatever you are doing. 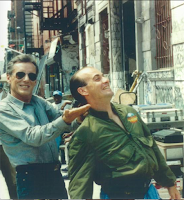 You have been James Woods' stunt double for over three decades. What are your favorite collaborations?
My favorite collaboration is the first movie we did together, BEST SELLER (1987)which is also where we became friends. I was hired to teach him how to fight, and if you can believe it, how to look cool! After that I got the job stunting for him.

How has your relationship evolved over such a long time?
Well, now he thinks of me and treats me like a brother and a friend. We are very close. When we are not working together, we still talk all the time.


Did the recent ONCE UPON A TIME IN ... HOLLYWOOD (2019) resonate for you?
OK, here we go … Quentin Tarantino should be ashamed of himself. Why did he make Bruce Lee look so terrible? His family and friends are hurt. Bruce was not cocky. He was confident. There is a big difference. There are ten different ways you could have done that scene. Why choose the one where Bruce Lee looks so bad? Brad Pitt is no better either. He should be ashamed of himself too. If I had been the stunt co-ordinator I'd probably have been fired trying to convince them not to do the scene that way. 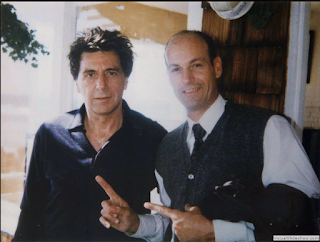 How do you feel about the advent of CGI? Has it hurt your career opportunities?
I am a real stuntperson. I don't believe in this CGI crap. In most cases, CGI and cables for wimps, unless it is for an actor. It hasn't hurt my career opportunities. Hell, no. The way I do it, which is for real, helped my opportunities. It has made people admire me and my abilities and made me more well known in the stunt industry.

Of all the awards for stuntwork you have won, is the entry into the Stuntman's Hall of Fame the one you are proudest of?
In one word, yes!

What are some of the scenes from the films you have worked on that you are the most proudest of? Is your work on REMO up there?
I care. I am proud of all my work. I consider myself an artist more than a stuntman. I love it all. From REVENGE OF THE NINJA (1983) to INDIANA JONES AND THE LAST CRUSADE to REMO WILLIAMS: THE ADVENTURE BEGINS and everything else.

What constitutes a good scene for you?
An empty canvas so I can create.

Were there times when you were required to learn a new skill or conquer a personal fear in order to achieve a stunt?
It's not about needing to learn the skill, it's about maybe not having the experience that you would like to have in one particular skill, and believing that you will achieve what you need to do. 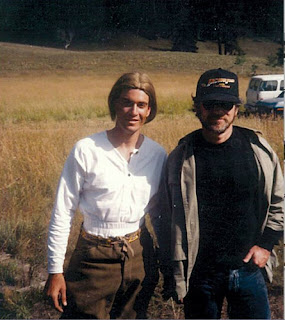 Which directors?
Steven Spielberg and Sam Firstenberg. Two great directors. They let you work and create as long as you produce what you say you are going to do.

You must have witnessed all kinds of bad behavior on set during your career. What have you learned from it, and how has it changed your perception of Hollywood?
You learn that there are all kinds of personalities and behavior. You must understand how to deal with it all. Some things never change, especially in Hollywood.

The Gene Lebell incident between him and Steven Seagal whilst filming OUT FOR JUSTICE (1991) has become a legend. You clear it up in your book, but does the urban legend of it bother you at all? We may never know who lied about the story, but Is something like this part of the worst elements of the world you work and live in?
Just the lies bother me. Everyone wants to be noticed so they tell stories that are not true.

What are your recollections of your time working on Cannon productions?
It was the best of times in my life in the movies working with Cannon. I was always the man and Menahem Golan was like no other person. He was the best to work for. 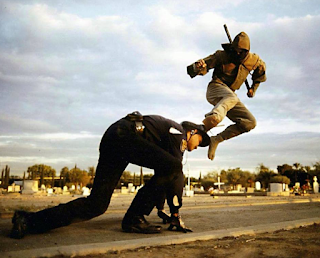 How did your time with Cannon compare to working on big Hollywood films?
You have more control on low-budget movies. On big-budget movies you have less control, and you have more people you must answer and listen to.

With RAMBO: LAST BLOOD (2019) now in theatres, what is your strongest memory of working on RAMBO III?
Watching the brilliance of Sly Stallone.


How do you enjoy co-ordinating stunts compared to performing them?
They are both so different. With co-ordinating you have much more responsibility. Peeforming was easy for me.

Was there a point where you realised your age was effecting your ability? Is there an age when stuntmen should quit before they get seriously hurt?
I wasn't the normal age when it started affecting me. It wasn't a concern for me until I was about 57. The reason was martial arts catching up to me. I hate it.

What made you decide at this point in your life to write an autobiography?
I have had a wonderful life. I have been blessed. I thought 'Why not share it?'

What projects are you currently working on?
I just finished writing a script called Ninja Resurrection. We are looking for the money. So you money people, look me up, we have a hit movie.

Steven's book, From the Streets of Brooklyn to the Halls of Hollywood can be ordered here.