AN INTERVIEW WITH SAM FIRSTENBERG (PART 2 OF 2) 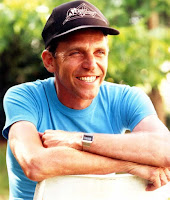 Sam Firstenberg is the director of such cult action favorites as REVENGE OF THE NINJA (1983), NINJA III: THE DOMINATION (1984), AMERICAN NINJA (1985), AVENGING FORCE (1986), and AMERICAN NINJA 2: THE CONFRONTATION (1987), as well as the hit musical BREAKIN' 2: ELECTRIC BOOGALOO (1984), all produced by Cannon Films. With interest in the output of Cannon growing and with the forthcoming publication of the interview book Stories from the Trenches: The Official Sam Firstenberg Book (written by Marco Siedelmann, and part of a Kickstarter campaign), in the second part of our interview I spoke to Firstenberg about the challenge of having to quickly learn about martial arts when he took on REVENGE OF THE NINJA, whether future action stars have easily identifiable qualities, what he enjoys the most about making action films, what was his toughest shoot,  how he feels about the way low-budget action films are received by critics, and how he himself feels about his legacy as a filmmaker.

Part one of the interview.
When you made REVENGE OF THE NINJA, you knew very little about martial arts. Was it fun having to do a crash course to find out all you could?
All I knew about was samurai movies, from the films of Akira Kurosawa. I had never even seen a Hong Kong kung-fu movie until Sho Kosugi, who is a master of martial arts, showed me some of them and educated me about the world of martial arts, especially the world of ninjutsu, which was the topic of the movie we were making. He took me to his dojo in the Japanese section in L.A., and I watched him practice with his students, studying the choreography. When Sho was performing the moves it was so beautiful. I didn't have to go in to the disciplines of the martial arts, because I was just making a movie, but it was fascinating and fun learning from Sho.

Michael Dudikoff, for example, became a big star in your movies. Do you think there are very easily identifiable qualities that future action stars have?
I will tell you the truth. There is no formula. If there was, many people would be millionaires! Both Richard Norton and Michael Dudikoff became action stars but for some reason that you can't put your finger on, Michael became bigger. Van Damme became even bigger. You shoot your star and when the film is projected on a screen, his face is 8 feet big and every nuance or line on his face is magnified. It is the secret of cinema why one actor is Brad Pitt and why another actor isn't. But when you saw Brad Pitt in THELMA & LOUISE (1991), everybody knew this guy was a movie star. Michael Dudikoff has a James Dean kind of charisma onscreen. He's the reluctant hero or the guy with the chip on his shoulder with something in his past.

What do you enjoy the most about making action films?
What I find the most exciting about action is that it takes you back to silent cinema. Action scenes are like mini-films with no dialogue. It's a cinematic challenge that I love. The script usually only outlines the action scenes in broad terms. I have to build the scene with the second unit director and the stunt co-ordinator and also with the effects guys because of the mechanical and technical issues. There are hundreds of logistical and technical problems that have to be resolved on the set. Action scenes are of course shot one piece at a time so it is the director's responsibility to make sure that when all the footage is put together, it makes sense and is compelling and exciting. This is challenging because the director has to keep all the information in his brain and things are constantly changing because things don't always work the way you want them to work. On one movie Michael got hit on the head with an aluminium sword and was out for two days, and we quickly had to decide what we were going to shoot instead.

What was the toughest or most physically gruelling shoot for you?
The toughest movie was AVENGING FORCE. We had a scene where we recreated the Mardi Gras parade. We had 3, 000 extras, 7 or 9 cameras, many assistant directors. Also, a lot of our action took place in the swamps of Louisiana, and for some crazy reason I insisted there would be rain, so we had rain machines. The whole cast and crew, including myself, were standing up to our knees in water and there were alligators and snakes around, and a rain machine dropping rain all over us. The actors and the stunt doubles were doing fight scenes in these conditions. We were there for days and days because a good twenty minutes of the movie is set in the swamps. When the real rain came, the tracks would fall into the mud. It was as you said, physically gruelling. On top of all this, it was a one and a half hour drive from the hotel just to get to the swamp, so each day would be 3 hours sitting on a bus as well as a 12 hour shoot.

How do you feel about the way action films are received by critics?
As cinema has developed, drama has come to be the elite genre of film. When you look at the pyramid of cinema, it is always at the top. Serious topics, serious acting. Below you have all kinds of different genres – comedies and musicals, for example, and at the bottom of the pyramid are horror movies and action movies. Action movies can be serious movies, like FIRST BLOOD (1982) or AMERICAN SNIPER (2014), for example. Underneath these kinds of films, but above porno, are low-budget action or horror movies. It is just the way it is.

How do you feel about your legacy as a filmmaker?
When I started I didn't know that I was going to become a filmmaker associated with action movies. 35 years later I can look back at my career and see that some of my movies brought excitement and enjoyment to millions of people around the world. I always thought I'd eventually graduate to Hollywood studio movies and $80 million budgets and five month shoots, but it didn't happen. I stayed in the low-budget sector and became synonymous with low-budget action movies, as did the likes of Albert Pyun, Steve Carver and many others. I'm older and wiser now and I can see that I achieved what I set out to do in the beginning – I told stories that allowed millions of people, admittedly mostly males, to be transported from their everyday reality to a fantasy world and I gave them a form of escapism. I get emails sometimes from people who tell me that some of my films transformed their lives – that they took up martial arts and learned discipline because of the films and that they feel that they otherwise might have ended up being criminals. Or they tell me that the films made them decide to become filmmakers themselves. I am happy with my legacy. I am in a better place historically than some other directors, who have disappeared and aren't talked about anymore.

How did you feel about the prospect of having a book written about you?
In the 80s and 90s there was a boom in low-budget 'B' movies, but the films have been ignored by people writing about the history of Hollywood. These films had their own style and their own look and were enjoyed by many many people at the time. This has bothered me for a long time. I was hoping someone would write a book or make a documentary about this period. Recently, it has been happening, with the Cannon documentaries and David Moore's book about action stars. I always had a good title for a book – Stories from the Trenches. Making low-budget movies is definitely harder than making big-budget action movies. It's a struggle. I tried my hand here and there writing my autobiography but I always gave up. Then suddenly I got a call from Marco Siedelmann in Germany who wanted to write a book about Cannon. He had already written a book about the Shapiro/ Glickenhaus company, who made films in the 80s and 90s with even lower budgets than Cannon. When we began talking he realised the wealth of material I had and he decided to focus the book on my films. I was thrilled to tell you the truth. The book is not only about me and the movies that I directed but also the era of low-budget action movies of the 80s and 90s that was fuelled by the home video boom. The reader will be able to learn about the films that were made, and how these films were financed and made and distributed. Hopefully the book will help this era get the recognition it deserves.

Has your life as a filmmaker changed you at all?
Definitely. I may have ended up as an engineer, and not a storyteller. Every time you make a movie you are telling a different story with different people, different writers and in different parts of the world. It's amazing. I felt like I was just having fun. I have a T-shirt that says ''I didn't want to grow up, so I make movies. '' I was doing exactly what I wanted to do.

I remember one time on AMERICAN NINJA it was an off day and we were all sitting around the pool. Out of the corner of my eye, I suddenly saw a little girl was drowning in the pool, and that the lifeguard wasn't noticing it. I tapped Michael Dudikoff on the shoulder, and we jumped into the pool. The girl was already at the bottom when we dived. We brought her up to the surface and she was unconscious. We tried to resuscitate her but there was an American soldier there who was a medic and he managed to bring her back to life. This experience alone changed my life. And it would not have happened had I not been in Manila making a movie.

I didn't have any bad experiences. The process of making movies was always fun for me. I got to travel, meet new people and learn about new cultures. It felt like I was playing with my favorite toys and someone was paying me to do it. I'm a happy person, and filmmaking made me what I am.

The Kickstarter campaign for the book Stories from the Trenches: The Official Sam Firstenberg Book ends on May 16th 2017. Please donate here.