NANCY BUIRSKI ON 'BY SIDNEY LUMET'

Nancy Buirski is the Emmy and Peabody award-winning director of the documentaries THE LOVING STORY (2011, the basis for the new film LOVING, which she also co-produced) and AFTERNOON OF A FAUN: TANAQUIL LE CLERQ (2013). Nancy was also the founder and director of the Full Frame Documentary Film Festival for ten years. Before entering the world of film, Nancy was a documentary photographer and the foreign picture editor at The New York Times. I spoke to her about her incredible documentary BY SIDNEY LUMET (2015), which features Lumet talking about his life and work.

How did the project come about?
I'm a huge fan of Lumet's work. I always took him seriously as a filmmaker, and paid attention whenever a new film was released, so when asked to consider making this film by Michael Kantor at American Masters, I was very excited. Filmmaker Danny Anker, who sadly passed away in 2013, had produced an interview with Lumet in 2008 for American Masters. (He and his team had not developed a feature doc. ) This interview was broad and deep and convinced me to make a film about a director – to let him tell us his story. 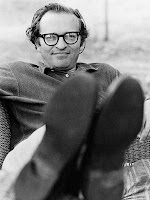 Why was it important for you to just have Lumet talking?
Sidney Lumet is our narrator, guiding us through his life and work. We discover a simple truth – that themes in an artist's work emerge, inevitably, and sometimes unknowingly, from the artist's life. The proof of this is seen in the many clips we weave organically into the story he tells. This was a rare opportunity to hear Sidney Lumet discuss his work and what mattered to him. Daniel Anker recorded close to 18 hours of interview. It became immediately clear that I should represent what mattered most to Mr. Lumet through his own words, without others coming on stage to echo him. But finding a through-line in that many hours was daunting. I wanted to take us on a journey, and structuring this would be key.

How did you find the through-line?
It was not easy, but once I realized that this work emerged inevitably from his own life, I was on my way. I worked with a wonderful editor, Anthony Rapoli, who helped me structure the film. Lumet was quick to deny that his 'moral' message was intentional, and I found that an interesting lynchpin as well. So it appeared that even he seemed not to understand how fundamental these messages were to his life and work. Ultimately, he says that there is a theme running throughout his work – ''Is it fair?'' But it takes him a while to get to this, which I found refreshing.

Will some of the unused footage be available at some point?
There was almost 18 hours of interview and we used about 40 minutes in a film that runs 1 hour and 49 minutes, so you can imagine how much we had to omit. Happily, American Masters will be including some of those gems on their website dealing with the film. A DVD and Blu-ray will be released by Film Rise on January 9th.


Do you regret excluding some of his other films in the final edit?
There are many earlier interviews with him – and about him and his films. What mattered to me was what mattered to him – at age 83. I found what he chose to talk about so revealing; that was the great gift of the interview and the challenge – to make sure what mattered came through in the film.

How did you decide on the amount of scenes used in the film, or on the content of the scenes?
This was an organic process – as themes emerged, we chose scenes that reflected and/ or enhanced our understanding of Lumet. 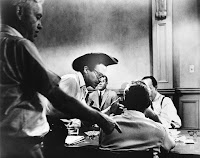 Did Daniel Anker or Lumet himself have any indication that Sidney's health might be failing?
Neither the interviewers or Sidney would have known – he got sick about a year before he died (in 2011). But the film does have a kind of 'looking back' quality, which I think many artists discussing their work at that age would have.

Did you have any preconceptions of Lumet before you started the film?
I really did not – I just knew his work. And it was a joy to get to know more of it, and in a deeper way. I cannot pretend to have gotten to know him beyond my experience making this film. I will always regret not meeting him, but I'm deeply thankful for this experience.

Is there a film or a particular scene in a film that to you signifies who Lumet was as a filmmaker, and what he means to you?
We use three closely related scenes from 12 ANGRY MEN (1957) in our film. I think together they signify the man and his work. Interestingly, this was his first film! 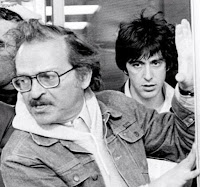 Did you revisit his huge body of work (44 films in 50 years) whilst working on the film?
I watched almost every film in the canon – in chronological order!

What is your own personal favorite Lumet film?
It depends on the day, but if I had to say it would proably be DOG DAY AFTERNOON (1975) or BEFORE THE DEVIL KNOWS YOU'RE DEAD (2007).

The film took a while to reach cinemas. Why was that?
The film had a nice long festival run, beginning at the Cannes Film Festival, going on to Jerusalem, Mumbai and Deauville film festivals among many abroad and to Tribeca, Full Frame, Austin, Hamptons and numerous Jewish film festivals here in the States. We wanted it to have room to breathe and for those audiences to enjoy our film and his on the big screen.

Email ThisBlogThis!Share to TwitterShare to FacebookShare to Pinterest
Labels: Interview: NANCY BUIRSKI ON 'BY SIDNEY LUMET'