Daniel Kremer is a prolific, accomplished filmmaker, writer and biographer. His seven feature films include THE IDIOTMAKER'S GRAVITY TOUR (2011), A SIMPLE GAME OF CATCH (2012), RAISE YOUR KIDS ON SELTZER (2015), and the upcoming EZER KENEGDO (2017). As an author he has published articles in Filmmaker Magazine, Keyframe, and other publications, and is currently finishing the first book to cover director Joan Micklin Silver. He is also working with Tom Luddy and David  Thomson on a collection of Susan Sontag's writings on cinema for Picador. In the last part of a two-part interview, I spoke with Daniel about one of his favorite filmmakers, Sidney J. Furie (THE IPCRESS FILE, LADY SINGS THE BLUES, THE ENTITY, THE BOYS IN COMPANY C), the subject of his excellent book Sidney J. Furie: Life and Films (2016) and his upcoming documentary FIRE UP THE CAROUSEL! (2017). 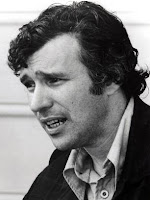 Furie, like many filmmakers, has had his share of friction with colleagues over the years. Do you think he needs this friction in some way?
I think there's a little bit of thriving on it, a chemical reaction, at least with actors. He told me on the first day of our recording for the book ''If you hold it inside, you grow to hate. It's better just to let it out. '' He told me that he had a problem with Roy Scheider on SHEILA LEVINE IS DEAD AND LIVING IN NEW YORK (1975). There was so much tension because of Jeannie Berlin and Roy was being a little bitchy and not nice. Sidney said to him ''OK, let's go outside and fight. '' They got outside and Roy said ''Sidney, this is stupid. '' Sidney said ''Of course it is stupid! '' And they made up and got on swimmingly after that. Same thing with Brando, when they were shooting THE APPALOOSA (1968) up in the mountains in Utah. Sid had it out with Brando; granted, like a lot of other directors before and after him. But getting the frustration out there in the open was therapeutic for both parties, and enabled them to communicate better and make the movie.

He usually got along well with producers. Albert Ruddy, who produced LITTLE FAUSS AND BIG HALSY (1970) and LADYBUGS (1992), loved Sidney and said he had never seen anyone so quick on the uptake. He saw him as a maestro. Most producers admire directors who really take charge. Sidney doesn't get along so well with those producers that meddle, like on NIGHT OF THE JUGGLER (1980), which he ended up leaving, or on THE JAZZ SINGER (1980), a nightmare production from which he was gratefully fired. Sidney also had good relationships with the producer Andre Morgan on THE BOYS IN COMPANY C (1978), and Harry Korshak, the son of Sidney Korshak, the famous or 'infamous' lawyer. Brad Dexter, Frank Sinatra's rescuer, became a longtime friend and associate after THE NAKED RUNNER (1967). 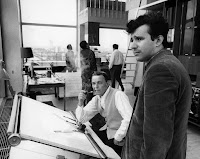 Has it been hard to convince people that Furie is far from the 'hack' some would have us believe him to be?
I have had to do a lot of evangelising to try and change the tide on that. In many cases people are making assumptions, based on SUPERMAN IV (1987) or LADYBUGS or any of the later films. Some of these films have hurt his reputation, or his 'grade point average' as Tarantino describes it, even though films like HOLLOW POINT (1996) and GLOBAL HERESY (2002) have some wonderful things in them. I have to mention that I think his 2001 Vietnam epic GOING BACK (released in the U.S. as UNDER HEAVY FIRE on a mangled, pan-and-scan DVD that hacks off forty minutes from the runtime) is a masterpiece that I'm looking to get restored to its original 150 minute length.

I personally have a soft spot for SUPERMAN IV.
Yes, I grew up with SUPERMAN IV, and I loved it when I was a little pisher. Sidney doesn't like to talk about the film. He gave me an early warning when we started the book. We discussed each of his films in chronological order. We would get to a particular film and then he would then go off on free association. But when we got to SUPERMAN IV, he said ''OK, you got 5 minutes. Go. '' He has never actually seen the final cut that wound up releasing, and has no interest in doing so. When I told him about the mountain of criticisms regarding the special effects, he had no idea because he had left once Cannon cut the film down. At that point, the effects were unfinished. In fact, by the look of things, they were permanently left unfinished. Sidney shares the least blame on that production, but people like to pile the blame on him. 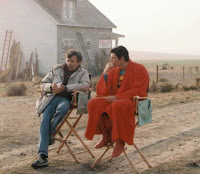 At the very least Furie managed to bring back the tone of the first film to some extent.
On that, I agree. There really was an attempt to harken back to the original Donner film. There are very well meaning aspects to that film that are quite endearing, and there are a number of scenes that are affecting in some ways. Unfortunately, in the final edit, of which he had no part of, the movie doesn't really coalesce and falls apart, and the special effects do deserve the ignominious reputation they have gotten over the years. People ask why Furie even agreed to make the film, but Richard Lester made SUPERMAN III (1983), and that didn't hurt his status as an auteur, which doesn't seem fair. Why does Lester get a pass and Furie get the shaft? Both have made masterpieces and both have made flops, and both have recognisable styles.

Roger Ebert was famously tough on Scorsese, for example, for making THE COLOR OF MONEY (1986). Do you think critics are too tough on the idea of 'paycheck' movies? All directors need to maintain their careers and earn money, and some great work has been the result of a director accepting a paycheck assignment.
Every great director, at at least one time in their life, has done a paycheck movie. And some of them have managed to make them into artistic testaments, whilst others have not been so fortunate, often because producers or studios have interfered. You cannot judge a director's entire career on the basis of one or two films that didn't work. That, to me, is silly and wildly unfair. Sidney also has a great quote in the book: ''Most people work, right? So let's say they work at making deals. They don't get reviewed on every deal. ''Oh, he picked the wrong stock there. '' Or a teacher. ''Boy, that one student became a juvenile delinquent! The teacher bombed on that one. '' But someone who supported their family, lived decently, did respectable work, they say ''He's successful! '' So why can't an artist have the same thing?'' Summary: people make swift judgments because it's easy.

It seems some critics are suspicious of filmmakers who crisscross genres. They prefer filmmakers who stick to the type of material that made them a success.
It was easy for Hitchcock, for example, to be deified because he remained in one genre for his whole career. I don't think the critics needed to do any heavy lifting to find the threads that run throughout his work. With a lot of my favorite directors, a lot of them, such as Frank Perry, genre-hop. I'm interested in writing film books on directors who are under-covered or who have not been covered at all, and have been shafted by critics who often just toe the party line. There are a lot of talented directors who are worthy of examination who are awaiting that kind of treatment.

I'm a big fan of Peter Biskind's book Easy Riders, Raging Bulls (1998), but I think a side effect of the book's success was that the directors included in it then came to be considered as the only interesting filmmakers of the 70s.
All of the directors included in that book were the Movie Brats and New Hollywood people like Friedkin, Coppola and others. But beyond those, it seems people don't have much of a palate for anything beyond. I'd love to write books on any number of other filmmakers from the period.

What did you hope would be the result of this book?
That this is an artist, not a journeyman or a hack. This man made films that he really cared about, films that have a very strong thematic and visual consistency that any filmmaker held on a pedestal as an auteur would have. If you look closely at the work it is very clear the leaps he made as a filmmaker and the recurring themes. Quite a few people have watched a lot of the films and come to the conclusion that he is a talented, brilliant and important filmmaker.

Have you felt a knock-on effect regarding how Furie is viewed following the publication of the book?
There may be some of his films coming out on Blu-ray. Cinefamily is showing THE LEATHER BOYS (1964). The screening of A COOL SOUND IN HELL (1959) at the Toronto International Film Festival went a long way to getting the word out that here is a director you may have missed.

How is the documentary FIRE UP THE CAROUSEL coming along?

It's in the works. I've been filming for a few years. Sidney is going to start shooting a new film in March that is very personal to him, and is set in Israel. It will see his lifelong obsession with the Holocaust coming to a head. His previous film DRIVE ME TO VEGAS AND MARS (2017), and now this new film in Israel are the first scripts he has written solo in over fifty years. I'm going to go with him and film some footage for FIRE UP THE CAROUSEL. I shot some footage for the documentary on his last movie too. You want the years and the passing of time to be reflected in the type of documentary I'm doing. Sidney didn't want it to be, to quote him, ''some old fart in a chair talking about the past. '' He told me ''If you film me for any documentary, you film me working and not sitting on my ass.'' Hopefully the film will get the word out even more. That's what evangelism is all about!

Sidney J. Furie: Life and Films can be bought here.

Kremer's website.  Some of his film work can be seen here.