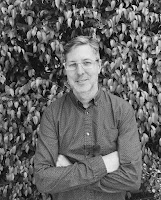 AUTO FOCUS is a 2002 drama directed by Paul Schrader (the writer of TAXI DRIVER and RAGING BULL, the director of BLUE COLLAR, MISHIMA and AFFLICTION), produced by Larry Karaszewski and Scott Alexander (the writers of ED WOOD, MAN ON THE MOON and THE PEOPLE VS. LARRY FLYNT) and written by Michael Gerbosi, whose first produced screenplay this was. The film is a darkly funny, disturbing and compelling piece of work, based on the true story of Hogan's Heroes star Bob Crane's downfall into sex addiction, aided by his close friend John Carpenter. In the second part of a two-part interview, I spoke to Gerbosi about his experiences creating the screenplay and the road to bringing it to the screen.

What did you learn about constructing screenplays, and constructing them so that they are easier to get financed?
My advice to anyone writing screenplays right now or sometime in the future is write the absolute best screenplay you can about a subject that genuinely interests you.  I’ve talked to countless agents and managers and their job is to steer creative people into lucrative situations and the best advice I’ve heard these people give is when they say, ''What story are you dying to do next?''  And that’s it.  That’s the easiest way to attract talent and get a film or TV show made.  Pick a subject you really want to dive into and get passionate about, then execute the design to the best of your ability.  Your passion should shine through and it becomes infectious.  If it’s not shining through, you have to look at the design, the craft, the execution and work hard on these things until they improve.  But you should try to pick subjects and stories that you have a need to get out into the world.  Another way of putting this is saying what movie would you like to see that’s never been in a movie theater?  Write that movie.  It’s a fair question to ask what attracted me to the story of Bob Crane?  It was this.  How does a guy who appears to have everything fall so far?  Here’s a church-going husband, father, working two jobs to support his family, a star on TV – how does he end up in a pool of blood in temporary housing after performing in a dinner theater play?  Ultimately, answering that question became a passionate thing for me, and I hope the story is stronger for it.

How many drafts did you end up writing?

You asked before about other scripts I had written, other projects I’ve been involved with and I’ll answer that here because I’ve written at least 20 scripts for film and TV and some of them got made and some of them didn’t.  I wrote at least 20 drafts of AUTO FOCUS, because there’s always feedback coming from every imaginable source.  I remember one time I was working as a receptionist at an unnamed production company, almost everyone in Hollywood has had a ton of random jobs before they sell any of their creative work, but I was at this place working as a receptionist and they were going into production on a new film so I read the script and I offered the writers what I thought were excellent notes about how the second act was dragging.  As I handed my notes to the writer he said, ''Great, now I’m taking notes from the receptionist. ''  But he took them.  I don’t know if he read them or not, but that’s the thing about being a writer in Hollywood.  Everyone is going to have an opinion.  Even the receptionist.  And part of your job is wading through all those opinions and making the story better.  This is an underrated talent in Hollywood, taking notes and making something better not worse.  Not many people can do this.  I’m not saying I excel at this, I’m saying it’s an underrated talent.

Were any other filmmakers apart from Paul Schrader considered or approached to direct the film?
Like any development process for any project, the script went out to several actors, directors, producers.  Larry asked me to watch a movie Paul directed called BLUE COLLAR (1978) and tell him what I thought about it.  It wasn’t long after that Paul signed on as director, and he brought Dafoe with him and with Kinnear already attached we had enough talent on board to get the film funded.

How did the script change once he signed on?
Paul really beefed up the Carpenter role.  And the relationship between these two very different personalities who came together for a common purpose gained from Paul’s involvement.  Paul also lived through this time in Hollywood, he was actually there.  He was at these 70’s Hollywood parties.  I’m not saying the exact parties Bob attended, but it’s a world Paul had seen firsthand.  So he brought a veritas and a gravity to the story that I couldn’t.  I was just a kid when Bob was murdered, and I didn’t get to Hollywood until the 1990’s.

What do you think the film gained from his involvement?
It’s safe to say Paul got AUTO FOCUS made.  So Paul gave the ultimate gift, the film is now on Blu Ray  instead of sitting in script form in a box in my garage.

Did you spend much time on set? Did you revise the script during filming?
I did visit the set and I even appear in the film.  If you watch closely and don’t blink, you will see Michael Gerbosi set up a microphone stand on the stage for Bob just before Bob starts the question and answer portion of his dinner theater play.  I even received stage direction from Paul Schrader, which was surreal.

As far as revising the script during filming, once Paul was on board I let him do his thing.  If the writer of TAXI DRIVER and RAGING BULL wanted to change a line, he changed the line without any fuss from me.

How involved were Bob Crane's family and wives?
I believe Rita consulted with Bob’s first wife, and Bob’s son (also named) Bob appeared in the film as the Christian interviewer and he was also brought in as a consultant.  I met a couple times with Bob’s son Bob and found him to be a lovely person.  No family can come out of an experience like the Crane family’s experience without some bumps and bruises and I’m sure the Crane family wasn’t too thrilled to live through this.  I mean how do you ever process that information, really?

I don’t think Scotty participated other than visiting the set.  I heard rumors about a dinner meeting between Scotty and Paul that involved an honest exchange of opinions, but I wasn’t there and don’t know anything about it.

How did you feel about Scotty Crane's criticisms of the movie?
I’m not aware of Scotty Crane’s criticisms.  I will say this, I wish Scotty Crane the best and I’m sorry for his loss.  He didn’t ask for any of this.  The entire Crane family is an unfortunate victim of this unsolved murder.

How do you feel about the casting choices?
I think Kinnear gave the performance of his life.  Dafoe creeps me out.  Rita Wilson is perfect.  I was very, very happy with the casting.  Even Ron Leibman as the long suffering agent is perfect.

What do you remember the most about the first screening? How happy were you with it?
I thought the opening credits were cool and really set the mood.  The performances were all great.  The movie got progressively darker with each pass Paul made to the script and the first time I watched it I remember thinking ''Wow that’s a dark movie”.  Of course, my name was on it, so it sort of defined me for a lot of years.

What was the immediate impact upon your career? 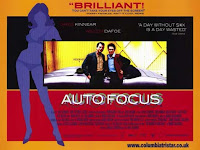 The movie is the sort of calling card that didn’t pin me down to one particular genre, or define me in any kind of typecast way.  Hollywood loves to typecast, and writers get typecast.  AUTO FOCUS is a dark period piece buddy sexcapade unsolved murder.  There is no demand in Hollywood, then or now, for this exact type of story, so I found myself in development meetings chasing horror movies, period pieces, Asian film adaptations, book adaptations – and doing a ton of pitching and auditioning without a ton of selling.  Hollywood did not exactly knock my door down.  What work I was offered was very on the fringe, and the other scripts I wrote were stuck in development hell. After about eight years of this, making something of a living, I got married and started a family, which further limited my creative output.  I’ve had scripts that got made that I did uncredited rewrites on, but I haven’t had another film credit.  I still have projects in development, and hope to add to my credits in the future.

Did you embark on any other adaptations of famous lives?
Recently I’ve written a television pilot (and own the rights to a series of 19 books) about a Mennonite detective living in Pennsylvania Amish country.  I’m shopping the project now.  Also, recently I sat down with Todd Rosken to discuss two different books that he believes would make great movies, and both of them involve famous people who are deceased.  So maybe lightning will strike twice for me and Todd.  On that subject, that’s another piece of advice I can pass along to your readers.  Don’t try to write a biopic about a living person.  Even with the departed you still have to deal with plenty of issues, but with the living it’s just impossible to avoid a lawsuit or three that will derail many projects.  William Goldman famously said films are fragile things.  Sometimes they fall apart if the wind blows.  If you undertake writing a biopic about a living person, that’s like writing in a hurricane.

AUTO FOCUS is available on Blu-ray in the US and can be ordered from Twilight Time and Screen Archives.