Tony Grisoni is a screenwriter and filmmaker with one of the most diverse ouevres in modern cinema. All of his work is united by a love of great storytelling, the power of the imagination and a sense of adventure. His most known work is probably his collaborations with Terry Gilliam and the RED RIDING series of TV films, but as you will find below, he has more feathers in his cap than those high watermarks.

You apparently left messages on Terry Gilliam's answerphone for four years in order to collaborate with him. What is it about Terry that made you want to work with him, or made you think you would collaborate well?

I've told that story so many times, I'm beginning to wonder if it's true. Basically Terry had responded to a script I'd written which he claimed to be "too visual for the executives" to ever pick up. He liked it and invited me to call him via my agent. When he finally returned my call 4 years later, he said "Well, I've been busy!" I had no idea if we'd collaborate well or not, but I am not the only one with cherished memories of a white horse leaping out of a wardrobe or a jaunty trip through the nightmare Ministry of Information labyrinth. You don't refuse an offer like that, even if it does come 4 years later.

FEAR AND LOATHING IN LAS VEGAS (1998) is a huge cult favourite now. Wasn't there a fight about your credit?
Those credit fights are a nightmare and demeaning to everyone involved. It was down to a royal fuck up by the WGA. They revised their dumb decision. End of story. More interesting perhaps was the utter disdain FEAR AND LOATHING was met with at the Cannes Film Festival. It didn't make Universal very happy. But now, as you say, it's considered a big success. That film was saved by students making it their Friday night vid.

The 'Man Who Killed Don Quixote' project didn't go exactly as planned. What are your recollections of the period when it first collapsed six days after filming started in October 2000? How does the project stand now? 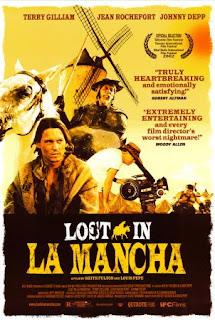 Keith Fulton and Lou Pepe's brilliant documentary LOST IN LA MANCHA (2002) kind of says it all. Though, like freezing conditions on film, it can't quite convey the full extent of the crippling misery we all shared in. Us survivors of Don Q are a strange kind of dysfunctional family. Every year since we have rewritten the screenplay. And we've got quite good at it. You will be pleased to hear the Don is back up and in the saddle and ready to ride under new colours.

In the middle of shooting the troubled THE BROTHERS GRIMM (2005), on which Terry clashed with Harvey Weinstein, Terry shot TIDELAND (2005), a further collaboration between you two. What was the genesis of this strange little film?

I love TIDELAND. The material - and the screenplay - was very black. Terry and Nicola Pecorini painted it rose-coloured. You can't get more Baroque than that - suppuration beneath a gold veneer. We were talking about Alice - as you do - when Mitch Cullin sent Terry his novel. Terry read it. I read it. It was clear we had to make the film. I think Jeliza Rose is the most perfectly realised first person narration I have ever read. Mitch is genius.

How would you describe your working partnership with Terry?
Hard play.

How did you get started in the industry?
I never said no to anything. I worked in cutting rooms, sound tranfser rooms, as a runner, a third, a second, a first assistant director, a production manager, a producer of shorts and music videos.


What is your writing routine? Do you write every day?
I start very early each day with high hopes and in a fever of excitement. I slow down about 4 hours later. I revise what I wrote the previous day. I go for a walk in Abney Park Cemetery. I have a coffee with my friend Erol. I buy things on ebay. I end the day feeling I've fallen seriously short of my ambitions. I sleep. I get up the next day.

Do you mostly develop your own projects or work for hire?
All projects whether commissioned or on spec are my own. I do it for the love.

Do you have ambitions to direct a feature film again? What kind of feature can we expect?

I do have ambitions to direct feature length films and short films, and ones in between. If I knew what to expect, I'd probably get bored of the idea. Truth is there are two or three projects I'm working on right now which I intend to direct. I wish someone would write them for me.

Is there a particular novel or story that you would like to adapt for the screen?

I have a collection of true stories from local people I have woven into a narrative. It's called KINGSLAND (2008).

Can you tell us more about it?

KINGSLAND is an amalgamation of tales from my neighbourhood. We are finally set to make it. That's enough for now. Buy the ticket, take the ride.

What attracts you to a project? You have one of the most diverse ouevres out there...

I want to be challenged and excited and enter a world where I'm unsure of the rules. Doesn't matter if it's Afghanistan or 70s Las Vegas or a haunted house on the Isle of Man. I want to be a stranger, a foreigner, an alien.

What attracts you to a collaborator?
I want to work with people cleverer than me with a different world view and process. It's a dance.

Which collaborator has inspired you the most?
No favourites.

How do you judge the success of a project?

Nothing like adulation is there, and money and gongs. But I also remember showing VANISHED! (1999), which I made with Brian Catling in a little school house on a bitter wind-swept island. We thought no one would come, then lights started to appear in the rural darkness. They came from all over and watched in silence. We raised some demons that night.

Are you inspired by any great screenplays or screenwriters?
I am inspired by film and literature and paintings and performance and and my family and by people on the street.


How is your adaptation of Philip K. Dick's unfinished The Owl in Daylight going? 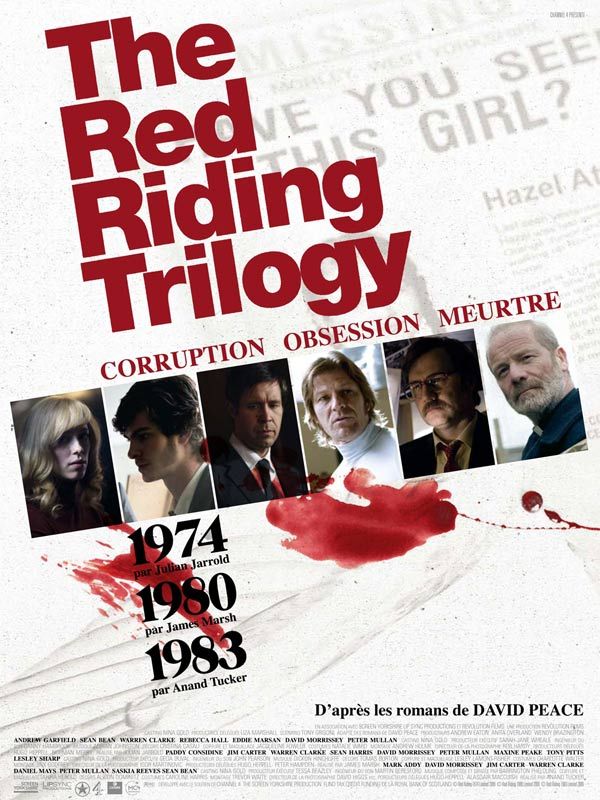 And it's an unfinished work of mine too.

What was the most difficult project? I imagine adapting the Red Riding books must have been a daunting task.
It's all difficult. Difficult is good. Easy is boring. RED RIDING (2009) was a royal pain in the arse. I loved every day, every second on that project. In fact I adapted all 4 books. When we received the bewildering news that they only wanted 3 I just dropped one clean out like a tooth - the darkest one, the most difficult one!

Which works are you the most proudest of?
The future ones, the ones yet to be written.

Of all your works, which ones do you feel need reappraisal or to be more widely seen? I am thinking of THE LIVES OF SAINTS (2006), THE ISLAND ON BIRD STREET (1997), BROTHERS OF THE HEAD (2005) and VANISHED: A VIDEO SEANCE (your directorial debut).

No looking back. No reappraisal.

You have made quite a few short films. What does the format offer that cinema and TV don't?
Good short films can be like visual poems. But never imagine you will put less blood, sweat or tears into a short than you would into a full length film.

Working on IN THIS WORLD (2002) must have been a powerful and sobering experience.

IN THIS WORLD was one of the best filmmaking experiences I have ever had. We were a little band of gypsies travelling parallel journeys. And then I woke up.

You wrote Samantha Morton's directorial debut, the TV movie THE UNLOVED (2009). Does she have a bright future behind the camera?
Sam has a bright past present and future in front, behind or on top of the camera. She is a sister and a paisana.

Is your idea of film to mix the avant-garde and commercial?
Absolutely! That point of contact is where the moisture is. That stance - a foot in two worlds - is the place to be.


How was your experience on DEATH DEFYING ACTS (2007)? It should have been a more heralded movie.
Never look back. Houdini did and look what happened to him.


Which directors or actors would you like to work with?
The ones who are most badly behaved.

You are a proud resident of Hackney in London. What is it about Hackney that you love?
What I love is the mix of course, in particular the Kurdish community near where I live who in a very short space of time have transformed the area for the better.

Have you ever been seduced by the idea of living in L.A.?
I remember coming back from my first trip there. I was dazzled by the light and by the belief in what was possible. People back in the UK were quick to ask me if I hated the artificiality - "No," I said, "I LOVE the artificiality!" Nice place to visit.

What were your favourite films of 2011?
There were a few gems. I loved the humanity and experimentation in THE ARBOR and the gentleness of WEEKEND. MELANCHOLIA is a glorious dualist hymn, ANIMAL KINGDOM for its brutal darkness, THE FIGHTER for heart, SENNA for deftness, A SEPARATION for intelligence, THE SKIN I LIVE IN for its delicious shocks and labyrinthine narrative. I could go on.

What would you say are the themes that recur in your work?
I distrust identifying themes in one's work, I think it's counter-creative. I try not to do that. Others may if they wish but I don't want to read any of it.

Tony was interviewed by email in February 2012. I wish to thank him for generously giving his time.

Thanks to Richard S. Barnett.

Paul Rowlands is a Japan-based writer. After completing a BA Humanities course (majoring in English and Science) at the University of Chester, he moved to Japan in 1999. Paul writes for the James Bond magazine Kiss Kiss Bang Bang and is a contributor to the website Press Play. He has had an almost lifelong obsession with cinema, something the advent of DVD only increased.